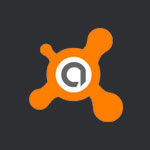 Unfortunately, the VPN fails to unblock Netflix USA. It has less number of servers with unconventional pricing plans that are on the pricier side.

Avast Secureline is a good VPN service, but it fails at offering some of the most important features like unblocking Netflix and more number of servers.

Avast Secureline is a security-providing pioneer that offers a series of products for varying security and privacy needs – VPN is one of their niches. Though Avast Secureline VPN is not the most popular VPN among security, still have the advantage of being a brainchild of a company that is well known for its robust online security software. Many of Avast free antivirus users have welcomed this newer addition whole-heartedly; to know whether this newbie can challenge existing counterparts or not, you have to go through this Avast Secureline VPN Review.

Avast VPN was founded back in 2014, but the company – Avast, has been serving the IT industry since 1988. Have a bite of our Avast Secureline VPN review; detailed yet critically-analyzed version is just a few scrolls away.

Is Avast Secureline VPN Worth the Money?

Avast SecureLine VPN will cost you differently than the rest of VPNs – means no more monthly plans instead of offering yearly plans depending on what and how many devices you’re planning to use. 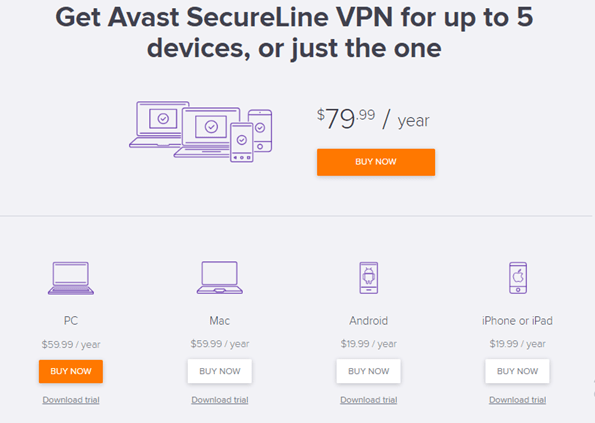 Match your feasibility with your device/s.

If you think the service isn’t suitable for you, but still wants to try, avail their 7-day free trial or get a refund in a duration of 30-days, in case you’ve already subscribed to their paid plan

If you’re expecting that Avast, being into security for years, will offer Bitcoin, then I am sorry, no surprises here. 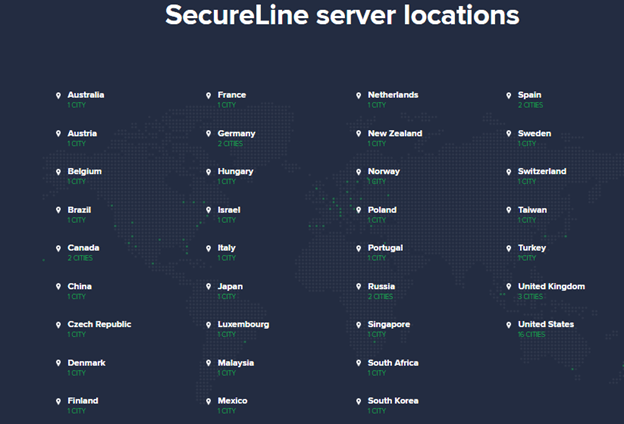 The countries that Avast has servers in are:

Avast Secureline VPN Jurisdiction – Based in the Czech Republic

Avast is a Czech Republic VPN provider which is involved in the Five Eyes surveillance agreement. The country is not directly involved with the alliance but has good terms with all fourteen of them who are allowed to exchange users data within.

Isn’t it a great threat?

So far there has been no evidence or reports of Avast Sharing sensitive details to any of their friends or foe, but it's good terms can do such blunders.

Does Avast Secureline VPN keep logs? No, not yet!

Avast Secureline VPN stated in their privacy policy that the service does not keep a record of user data and online activities. But they store connections logs which indicates the time of connection and disconnection on the server, how long you are connected and the bandwidth you have utilized.

Like every other VPN, Avast VPN claims this as the information used for “diagnostic purposes” and to halt the respective abuses. While going through the Avast’s privacy policy, you will encounter that they offer links to social media platforms that are counted as third parties.

Your personal data will only be shared with third parties in either case;

“We are required to disclose your personal data to unrelated third parties in limited circumstances:

We still recommend this VPN based on the fact that the provider has no history of malpractices.

Avast VPN torrenting is allowed with P2P supported servers which are:

Although the option of servers are less, but all are actively working! You might find heavy traffic on any of them.

The battle between VPN and Netflix goes on with none of the side backing out. Avast VPN is no more Netflix-friendly; it won’t let you stream movies and its content on any server. This can change in the future, but right now it’s a no-go zone.

These protocols run on military-grade AES 256-bit encryption and the “256” refers to the highest grade encryption protocol. Right now, AES is known to be the ‘brute-force proof’ by top security individuals and government professionals globally.

Avast Secureline further provides a handy DNS leak protection which makes sure that personal data remains safe and does not leak outside the VPN connection.

No DNS, IP or WebRTC Leaks Were Recorded

We tested a few servers and checked them all through different DNS and IP leaks tests and found that it does not leak any one of them. 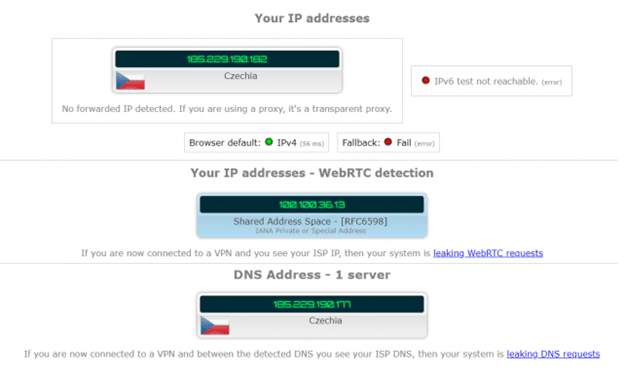 Avast claims a lot of things; faster speeds is one of the rocking stones. To test the claims, we checked random servers. We choose the US and the Netherlands to see how well the Avast servers perform against the competition. Here are the results:

When connected to the US server

As per the result, the speed of the VPN provider is definitely not among the fastest or slowest. It offers a moderate speed.

Avast VPN is unique and straightforward; just one click is required to hide your IP. You can change the location of your country by choosing a different server from the list provided. Also, there is a “Preferences” menu which can be easily customized to suit your Avast experience. This is possible if you set it to customize Avast wireframe automatically.

Avast VPN also offers a mobile app for Android and iOS; stability and performance is sophisticated and easily configured even on a PC or Mac.

We do not recommend the free mobile trial that requires a credit card to start the trial; that trial is not worth it and lags unless you are a paid account holder.

Avast Secureline has a simple ticketing system for all your queries, complemented with a knowledge base articles and a forum where you can ask relevant queries from professionals.

It’s too bad that Avast VPN does not offer live chat support which is necessary. We further tried to connect via email but didn’t find any contact point. They just have a Twitter account where users can tweet and send direct messages which is still unresponsive.

On the bright side, Avast phone support is available 24/7, we called to see if it was an AI robot receiver rather than an actual human. The call was directed by the automated response to a real human representative of Avast.

We believe this is a good step, as human interaction is valued more than texts or emails. We have tested and experienced multiple VPN providers support, and the majority of those have been a colossal disappointment.

Avast is neither the best nor the worst choice. We do recommend it based on a few benchmarks. Avast provides a reliable solution to all the potential viruses and malware along a VPN service that is easy to use and maneuver around; if stuck, call their customer support anytime.

It doesn’t work with Netflix; this is a big catch as big names are working over Netflix. On the contrary, the jurisdiction is also a big question of whether it’s safe or not.

We have tested better performing VPN providers too, and Avast is certainly not in our top list.

But with the features at such a cost, Avast is a good bargain.