5 Best Free Antivirus for Android to Use in 2019 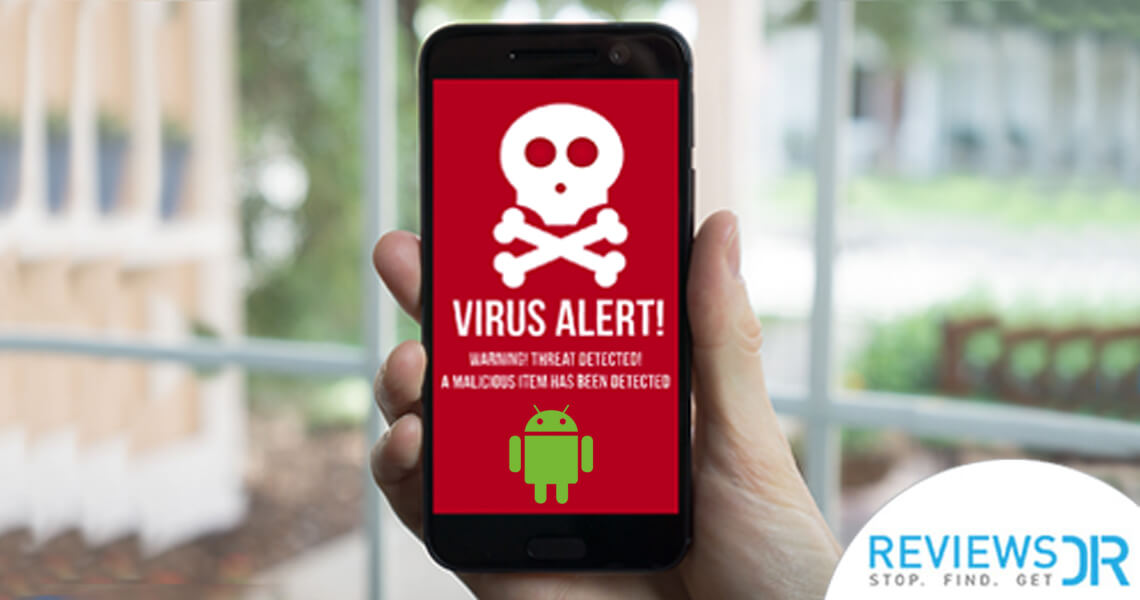 For many Android device users, the best thing about this platform is its openness. You probably know that iOS users can’t do much when it comes to customization, freely browsing system files and installation of apps without using the App Store. However, this comes at a cost. It is a well-known fact that Android is vulnerable to different kinds of attacks, including Viruses, Worms, Trojans, Ransomware, Bots, & Other Malware, which is why digital protection is highly important. Nonetheless, you can find a free antivirus for Android that takes care of this problem. You just need to know that you’re installing the app that won’t affect your device’s performance.

If you’re trying to find the best free antivirus for Android, you’ve come to the right place. We know how important your personal files are – and we’re here to help you protect them. We’ve taken a look at numerous security-related apps from the Google Play Store and made a list of the most beneficial ones. In addition, we’ll only show you free-of-charge antivirus apps and skip premium priced or trial-based apps. Continue reading to learn more.

Best Free Antivirus for Android – In a Nutshell

As you can expect, antivirus apps scan your phone or tablet for viruses and malware. Aside from removing these threats, you can also expect some other tools. Sometimes, these are useful backup options, encryption of your personal files, and tracking your phone via GPS. Today’s antivirus apps are quite powerful, which in turn means they can be demanding when it comes to your device’s performance. This is why we’ll present you a list of apps that are free of charge, come with usable and helpful features, without sacrificing your device’s performance.

Let’s see what are the best antivirus apps for Android in 2017.

If you continue reading, you’ll get to learn more about each of the antivirus apps we mentioned. We hope this would help make up your mind and protect yourself from digital threats.

No matter what kind of antivirus protection you need, it’s wise to take a look at results from AV-TEST. This is an independent lab that rates antivirus software based on a large number of criteria. In fact, we’re including AVL at the top of this list since it’s awarded by AV-TEST as one of the best antivirus apps.

In its core, AVL is quite simple but highly effective as well. This app offers its own antivirus database and scans your phone’s contents for malware. You can check your apps, or run customs scans. Among other notable features, we’d like to mention a call blocker and anti-phishing protection. These two prevent malicious phone numbers from contacting you, in addition to stopping phishing attacks that come from harmful websites.

The majority of Android users are going to love what AVL offers. Even though we’re talking here about basic protection, this antivirus can be your ultimate shield against malware. Another thing we liked is that AVL is very light on resources.

You’ve probably heard about Avast before since this is one of the well-known makers of antivirus software. It is no wonder that Avast also offers a smartphone antivirus designed for Android. You can find it in the Google Play Store as “Avast Mobile Security & Antivirus”. 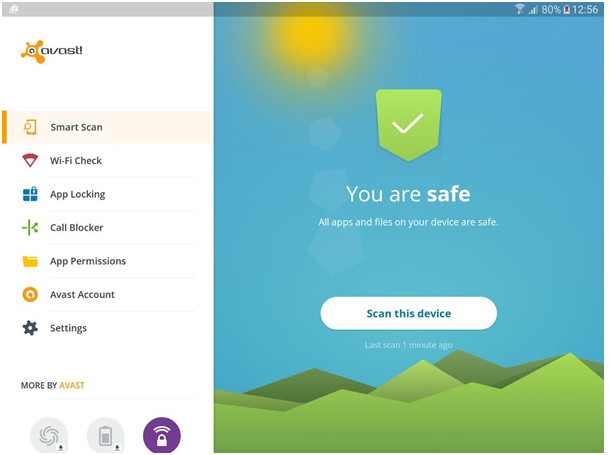 What’s interesting about this app is that it offers more than antivirus scanning. In fact, you’ll find several features typically found in premium-priced apps. These are a call blocker, very effective mobile firewall, and an anti-theft feature. Using Avast for Android, you can remotely lock or completely wipe your mobile device if it goes missing. This is something that every one of us should employ since this is one of the most effective security measures.

Among other features, you’ll find ‘app locking’ which password-protects certain apps, as well as removal of junk files.

We are sure that a lot of effort was put into this app, which is why Avast decided to include ads. This can be annoying at times, which is what prevents us from saying that this app is the best antivirus for Android. On the other hand, we liked its extra features designed to keep malware at bay – and features that take care of our Android systems.

Bitdefender is also one of the well-known names when it comes to antivirus software. This company offers a very useful Android antivirus that is completely free of charge – even though it comes with ads. If you’re willing to look past that, you’re in for a big surprise. 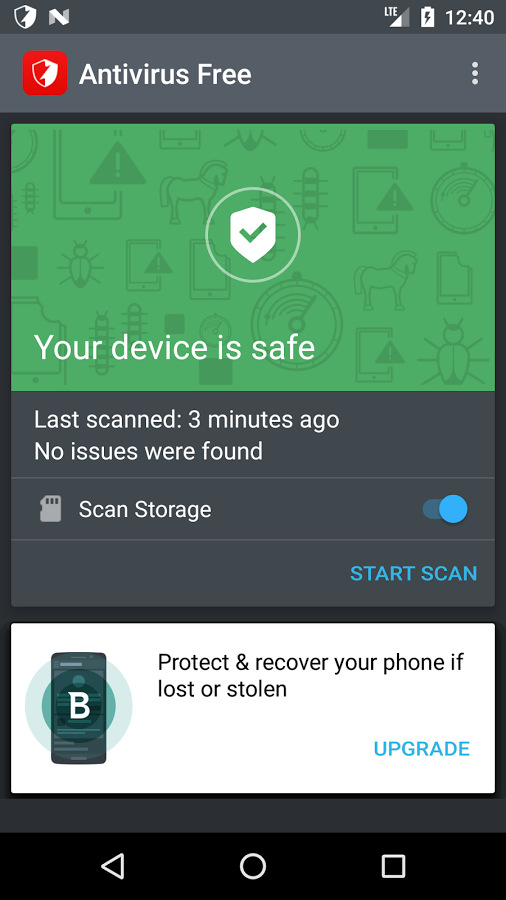 Bitdefender Antivirus is a very simple app that is light on performance. Once downloaded, you can launch it and scan your device immediately. This is because Bitdefender doesn’t download a database to your device but instead uses a cloud service. This doesn’t only save your device’s performance but its battery life as well.

This antivirus comes with everything you need to stay protected against malware. You can run full-system and custom scans, check downloaded apps for malware and perform regular security checks. However, don’t count on any extra features since they are offered through Bitdefender’s premium-priced antivirus app named Bitdefender Mobile Security.

McAfee’s Mobile Security app has numerous awards under its belt. This app goes a couple of steps further and beyond antivirus capabilities. In fact, you’ll find plenty of extra features – free of charge.

It seems almost impossible to go through all of the amazing features of the McAfee Mobile Security app. First, there’s a highly reliable antivirus that scans your phone’s contents and prevents malware from reaching your phone. Then, there are highly useful anti-theft features. You can easily backup and restore your data, lock and encrypt your phone, receive the last known location of your phone to some other device, and remotely wipe data (and revert your phone to factory settings). 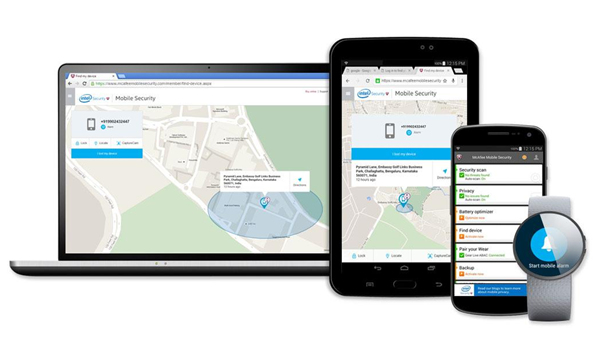 When it comes to your privacy, McAfee Mobile Security allows you to password-protect your apps, block calls and messages, and set up different user profiles. Finally, this app can also be used to remove junk files, optimize your device’s battery, and track data.

We can easily say that McAfee Mobile Security is the best free antivirus app for Android. It’s packed with useful features that come free of charge. You’ll hardly find another app that also offers privacy and anti-theft tools that keep you protected at all times.

We shouldn’t conclude our list of the best free Android antivirus apps without mentioning one of the most famous names in this industry – Norton Antivirus. The biggest reason for this is because Norton offers impeccable antivirus protection, even on your Android phone or tablet. 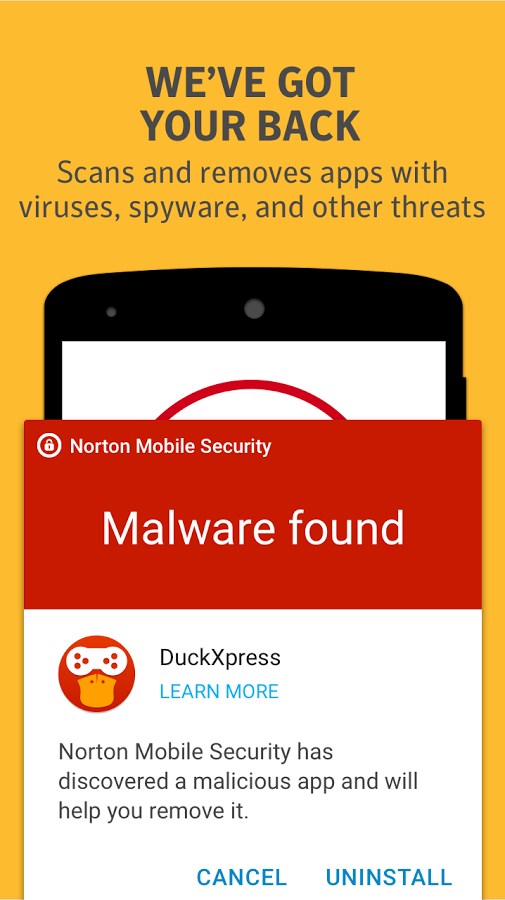 Norton Security and Antivirus is a free-of-charge Android app that protects your phone from malware. According to AV-TEST, this app is capable of detecting 100% of all malware which is an amazing accomplishment. On top of this, Norton’s mobile app seems to be light on resources and can even improve it by removing junk files and cleaning up your device’s RAM memory.

Among extra features (and there are lots of those), you can find anti-theft measures that include lock protection, geolocation, and instant lock if the SIM is removed. As you can imagine, remote wipe is also supported. You can also count on blocking calls and SMS spam messages.

When it comes to malware detection, Norton Security is the best free antivirus for Android. With the detection rate of 100%, you’ll hardly find an equally powerful tool. We also liked its extra features that take care of privacy and anti-theft.

The Best Free Antivirus for Android – What to Look For?

Now that you read our recommendations, you might be asking yourself which antivirus to pick? The thing is that each of our suggestions can be the best free antivirus for Android. You won’t make a mistake no matter which one you choose. Still, here are a few tips to help you get started.

We all use mobile devices differently. While some of us have tons of installed applications, other like to stick to a few well-known apps. If you like to try other apps and if you like to avoid Google Play Store, you need to pick the antivirus that scans your apps as soon as they get installed.

Our list of the best free antivirus for Android mobile contains apps that are light on resources. Still, it’s wise to read a couple of user reviews and what they’re saying about performance. Lower-end phones could benefit from simple antivirus apps like AVL. If you have a high-end device, you could easily use Norton Security and all of its magnificent features.

Every antivirus app protects your phone from malware. However, there are numerous extra features that protect your security and your device. These are anti-theft controls, filtering of malicious phone calls and SMS messages, password managers, app locking, and more. Make a list of features you need and return to the table at the top of this guide.

We highly recommend the use of Antivirus with a VPN for enhanced and ultra-powerful security.

✎ Read Also: 5 Best VPNs for Android to Be Anonymous and Secure Online!

In general, the best antivirus app for your phone is the one that your device can run without any problems. Sometimes, you’ll need to sacrifice a couple of features in order to reach better performance. Even the most powerful antivirus is useless if your phone is struggling to run it.

Tablets are more powerful than phones and they usually handle a lot more apps and advanced features. This means that the best free Android antivirus for your tablet is the one that actively monitors your device and removes any potentially dangerous files. What this also means is that you should pick an antivirus that’s optimized for a larger screen. Avast, McAfee, Norton, and others are a great choice for tablets.

We hope that we helped you find the best free antivirus for Android. In turn, this should keep your private information safe and your device free of any malware. The best thing is that you don’t have to spend any money to protect yourself, so there’s no excuse for not doing this.

In case you feel like we missed something, feel free to post a comment. We’d love to hear your opinions and your suggestions for the best free antivirus for Android in 2017.