Best VPN for your Huawei Smartphones in 2019 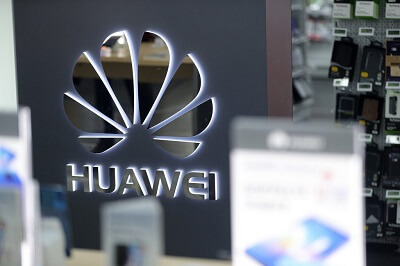 Talking about the smartphone industry, one could never think of outperforming the market share of two rivalry giants – Apple and Samsung; but a controversial phone-maker, Huawei dared to do so. Be it Huawei mate X, P30 Lite, or take any other; the temptation is irresistible, your iOS craze might be fade away!

The Shenzhen-based firm has already shaken up and secured a second position after Samsung – surpassing Apple. The growth cycle of Huawei started back in 2017 and within a year,  shifted its market share from 9.5% (36.5 million sales) to 16.1% (61.8 million) by the end of the third quarter of 2018.

We don’t quote our judgments alone, have a look, how Huawei is and will surpass Apple, along with other top six.

The reason is obvious – Huawei is tapping into those markets where, until recently, other top brands are largely unavailable. Huawei has also started pushing into emerging markets, offering a vast range of entry-level and mid-range cell phones with decent specifications; also thanks for coming up with “GPU Turbo” technology.

But hold on! Are Android-based smartphones like – Huawei – safe?

Unfortunately, no, for being open-sourced in nature. Researchers from Nightwatch Cybersecurity informed that the bug, CVE-2018-9489, has discovered in the operating system's communication programming.

According to a researcher, Yakov Shafranovich said that Android devices share information about us to applications running on our system, including Wi-Fi network names,  local IP addresses, BSSID, DNS server data, and others, in Android version 6 and higher.

It is also possible to geotrack through BSSID and the network name by database lookups.

The shortest answer could be – Use a Huawei VPN; VPN and smartphone sounds familiar, but how could routers be VPNized?

Don’t overthink, read through, your queries will be resolved shortly!

How To Protect Huawei Smartphones and Routers With a VPN?

A VPN for Huawei products is nothing less than a necessity, as you’ll not find any Huawei routers with built-in VPN client; grab one of the best Huawei VPN with more than one simultaneous connection and protect all your devices including routers.

Other than just protection, a VPN Huawei will also do some other wonders for you including – unblock geo-restricted content, circumvent censorship, and keep you anonymous for Internet Service Providers (ISPs).

So, which VPN you’re subscribing? If not decided, here are a bunch of them with outstanding performance; these have been selected carefully and are compatible with all the devices you own.

If you want a quick roundup to install a VPN on routers? Have a look!

Keeping our most exceptional choice – ExpressVPN – into mind, let’s begin.

Before moving on steps, do the following.

VPN is now ready to merge with your Huawei router.

Note that this information will be needed later to configure your Huawei router.

Are you signing in for the first time? Use the credentials supplied at the back of the router.

Note: This will be your router dashboard password, so keep a record of it somewhere.

Keep these details as follows:

Got a “Success” message? Double check your IP  to check whether you’re connected to the VPN via your router or not.

Huawei has reached the top liners, but the vulnerabilities surrounding Android is still there; number of breaches are increasing; don’t forget the spyware “Tizi” that infected 1300 android devices and “ToastAmigo” malware that was reportedly downloaded by more than 500,000 Android users.

In short, no matter which Huawei tech you’re interested in, securing data is a must; as not a single device or OS is safe in this data-breaching world. A VPN for Huawei will save your data, while letting you access everything anything anytime, without the fear of being surveilled.