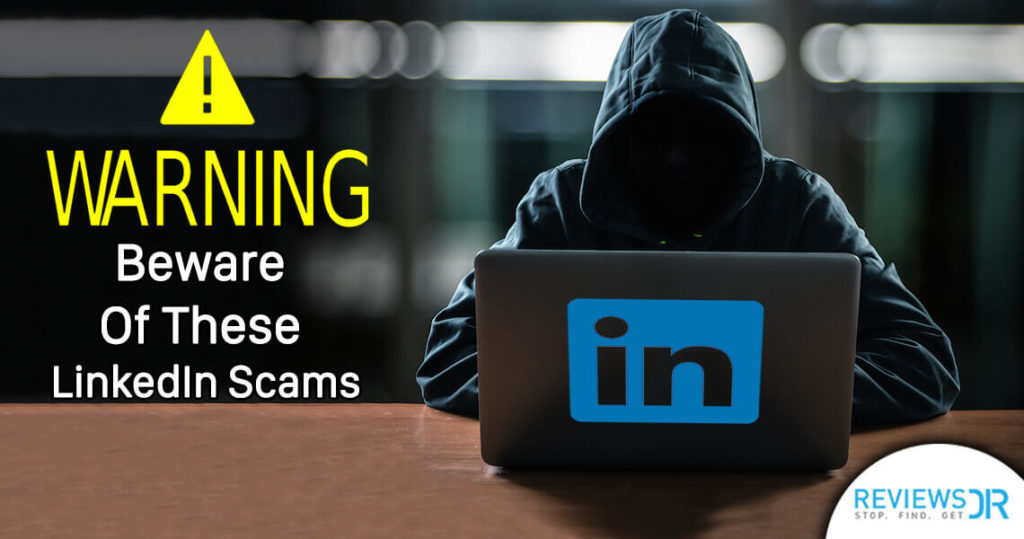 LinkedIn users all around the world need to watch out as scam emails are being sent to job seekers, fooling the desperate ones into submitting their personal details to shady hackers.

Investigations into alarmingly rising rates of cyberattacks have deduced that spammers impersonating as official Linkedin communicators are the root cause of it. Spam emails claiming that a company “in your region” are “interested in your qualifications” and is “urgently seeking immediate employment” are being widely spread, taking a toll on the companies’ strongest security measures.

LinkedIn Email Scams – These Are The Worst Ones!

Even though the layout of the email clearly depicts unprofessionalism that one can easily count as a spam, some novices tend to fall for the trap and submit their CV/resume along with the cover letter, giving away all of their private information. 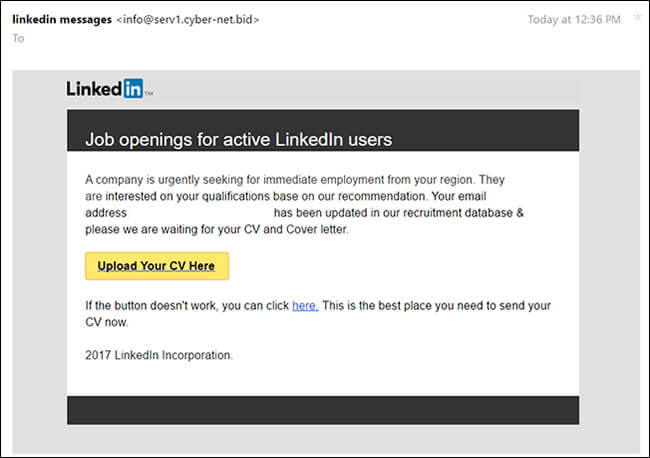 Some of the apparent pointers give away their charade on the first glance. For example,

Masses are unaware of the traditional and authentic format that organisations follow to create the aura of ingenuity. This results in them falling for the spammers and they end up giving away vital and crucial information; opening up to complete strangers puts them at risk of highest vulnerability.

The button provided in the email leads you to another website that asks the user to upload and send the CV with a cover letter. Unemployment pushes us to the brink of helplessness and our rationales betray us. By attaching and sending this vital information, not only you are exposed to unwanted threats and targeted spamming, you compromise your organisation’s information as well.

Such actions can never be undone leading to the famous saying “prevention is better than the cure”. Cybercriminals devise new plans of entrapping gullible civilians. They end up compromising their workplaces’ apparently harmless but vital information to hackers like phone numbers, email IDs and complete details of the kind of a person an organisation hired for the post you are at.

Billions of dollars have been embezzled in such a manner by hackers and many companies have gone bankrupt. Such an allegation or a proof of carelessness is a career-oriented person’s worst nightmare if traced back to him.

Reported cases of breaching of privacy have led to fraud of millions of dollars in organisations worldwide. This happens when CVs provide just the information required for massive targeted spamming that brings the whole system down.

Just a single member’s click on an inappropriate link sent by cybercriminals can infect the major server, causing a major transgression by the unwanted third parties who sell this data to the competitors. The links may download codes of viruses in bulk, shutting the whole system down in a matter of seconds.

If you do come across such an email, it is extremely suggested for you to not click on any links in the email and report all emails of such sort. Do not put yourself, your family and your organisation at such a risk by simple mistake of sending your CV at an unreliable place.