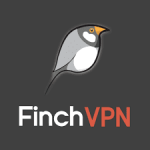 $. per month
You Save 0%
Visit Provider

Finch is a Free VPN service with servers in 14 countries. It provides better encryption and allow P2P traffic. It is a great source to unblock BBC iPlayer.

Server in 14 countries is too low count for streamers and downloaders. Being a free VPN service, FinchVPN is suspected to keep logs and sell user data.

FinchVPN is a good choice for freebies if security and privacy is not their first priority. With servers in USA and UK, it can be a temporary choice for many.

Being in a world of subscribed content and paid internet; we always look for free stuff, at least for testing the services.

Even with the services like VPN, we often look for premium VPN for free – maybe we don’t value our online privacy as seriously as our physical assets.

If you’re one of the Malays and looking for a free VPN in Malaysia, FinchVPN is the easier bet; this under $2 VPN is just 6 years old and has expanded in 10+ countries.

But sometimes putting money where your mouth is, turned out wrong-handed; so, be vigilant about your budgeted VPN choices.

No, I am not passing any judgment about FinchVPN right now; though this open-source VPN with solid features looking acceptable.

This FinchVPN review will clear the air and put us (you and our experts) in a pair of well-fitted shoes to justify the raised verdict/s. 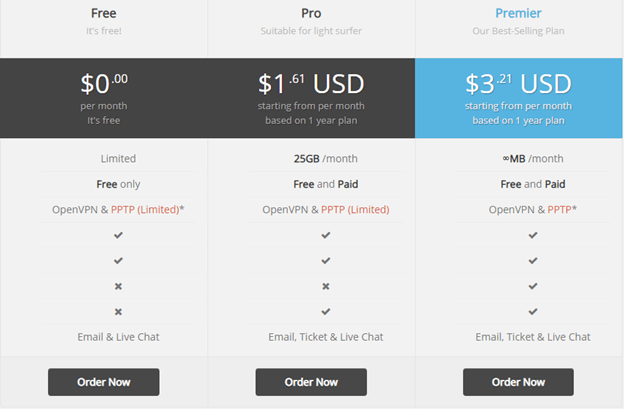 FinchVPN's plus point is its forever-free plan that gives you just five locations (two in the US, and one in the Netherlands, Luxembourg, and Europe) with a uniquely annoying feature – change your password regularly. But it gives you 3GB of data per month; many free plans competitors – Avira's Phantom and Panda – gives you max 500MB a month.

Upgrading to FinchVPN's Pro plan gets you 25GB data and access to all the servers; flexible billing will offer further discounts. 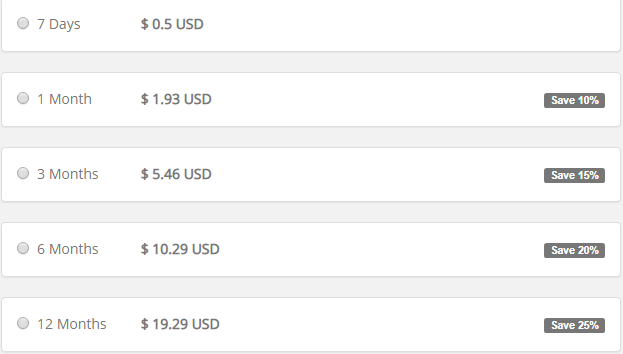 Annoyed users can opt 7-days plan for a quick trip.

FinchVPN's Premier plan will offer unlimited traffic and adds support for port forwarding too; select your feasible payment plan and go ahead. 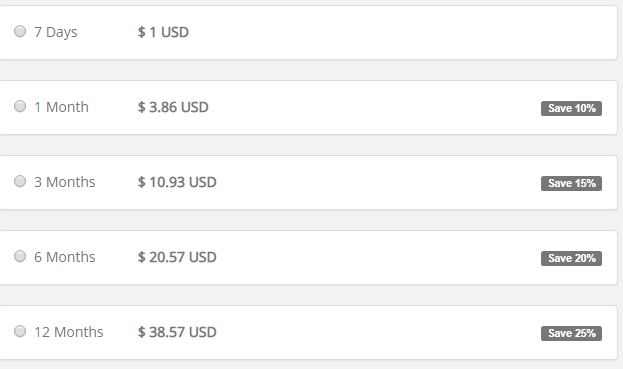 What are you expecting this bite-sized VPN’s payment range would be?

There is a catch: The real price will further vary depending on your payment method. Pay $1 via PerfectMoney for the 7-day Premier Plan or pay $1.25 via Google Play or cryptocurrencies; if you opt PayPal the price will jump to $1.35.

Bear in mind that there is no refund; considering their prices, the lack of a money-back guarantee is not a turnoff.

Pricing plans seem convenient yet straightforward; what about the privacy and security of FinchVPN?

Let’s have a look!

Is FinchVPN Logless and secure?

The service supports OpenVPN, PPTP and L2TP/IPsec protocols; opt OpenVPN if privacy and security are your priorities. The encryption deployed is Blowfish 128-bit, 160-bit and 256-bit AES.

The absence of a kill switch is also a bummer; in a privacy-focused world, missing from FinchVPN is a bad sign – a lot to work on here, a lot to work.

Our results of the IP and DNS tests were disappointing and confusing; the IP address and WebRTC detection were inconsistent with the servers we connected to.

FinchVPN's privacy policy is brief, but to the point, explaining that the company does not ‘store details, or monitor, the websites you connect to.'

Interestingly, the provider begins with how it respects user privacy and list things that are privacy-invasive by all reasonable standards:

“We retain the right to monitor the Service and to disclose any information as necessary or appropriate to satisfy any law, regulation or other governmental request.”

The provider will keep your information like name, and contact details, and most importantly, your connection logs – timestamps, bandwidth used and disconnect time – and user IP address and ID.

There's no mention of whether the company records destination or incoming IP addresses – if it does, that could possibly link your IP address with your internet activity.

A FAQ page tries to respond to this, but still vague.

Considering the above and the fact that the provider is in Malaysia (out of 14 Eyes Surveillance), you’re probably safe, but the true privacy wonks will make you look elsewhere.

FinchVPN has just 26 servers across 16 countries;

Server choice is quite lacking; when industry leaders like NordVPN offering over 2,000 servers, offering less than two dozen is a bit of a blow.

For a VPN service to be the best and fastest, FinchVPN needs to work hard on their servers’ performance.

Without the VPN connection

With just 26 servers, we expected strong performance but left disappointed, no, shocked; 98% fall is a jaw-dropping !

Can you do anything with 1.5 Mbps in this fast-running day and age?

Is FinchVPN Torrent-friendly? No guessing here!

To prevent you from having to guess which servers will work for torrenting, FinchVPN has a page and handy tool to check if torrenting is possible.

While checking, we saw that only Netherlands servers (five) support torrenting.

It’s nice to see torrent-support but only in one country with only five servers will limit FinchVPN’s usability for torrenters.

For unlimited torrenting, you’re better off with VPNs that offer full torrenting support.

It’s a kind of shame for a VPN provider to be non-friendly to Netflix; FinchVPN leaves TV addicts out – our tests didn’t allow us to bypass Netflix’s rigid restrictions.

So if you’re looking for Netflix, seek success elsewhere – FinchVPN will not entertain you.

They’ve also announced on their news page that BBC iPlayer doesn’t work either, so stop harassing them with support tickets. (That why they announced it, no?)

How compatible FinchVPN is?

FinchVPN is compatible with Linux, Unix, macOS, iOS, Android, and Windows; not bad, it’s great to see Unix and Linux in its device-compatibility mix.

Consoles or similar devices are non-compatible.

There’s a native Windows app, but the configuration is only possible with OpenVPN – same is with other devices.

FinchVPN, try to add some more device support, how about some love for the Apple fans?

You can contact FinchVPN support via email, ticket, discussion groups, and their (very own) Facebook to solve your respective inconveniences.

The discussion group has a number of guides and questions from their support team; thank God the posts are filtered categorically to ease troubleshooting.

However, it’s missing the most-needed ingredient – live chat; isn’t strange since their pricing page deceptively stating that live chat is available on all their plans.

Keep knocking off a point for this.

Our Verdict – Not every $1 VPN worth considering!

At first glance, FinchVPN may catch your attention with its low price and easy interface; even the helpful information on the website will win a piece of your heart.

Sadly, the VPN fails on other fronts, from poorly-performing DNS tests to questionable policies in keeping data confidential; can’t forget a severe lack of servers and speeds. Only downloading torrents is possible on limited servers, but Netflix is out of the marathon.

This is the only cheapest VPNs we’ve reviewed that has a variety of payment methods to cater to users around the world; even pricing plans are much more customizable than others.

Anyways, being cheap is nothing if the service is poor. Until FinchVPN tightens its service, we will keep suggesting you look elsewhere.

Do we recommend FinchVPN?

In short, NO, when the VPN service lacks the basic ingredients, then being pocket-friendly feels useless.

FinchVPN desperately needs more server locations  and better apps; the 3GB/ month free and the 7-day plans are generous, though.

FinchVPN could be a simple backup VPN, nothing else.