Free vs. Paid VPN – 10 Things You Should Know 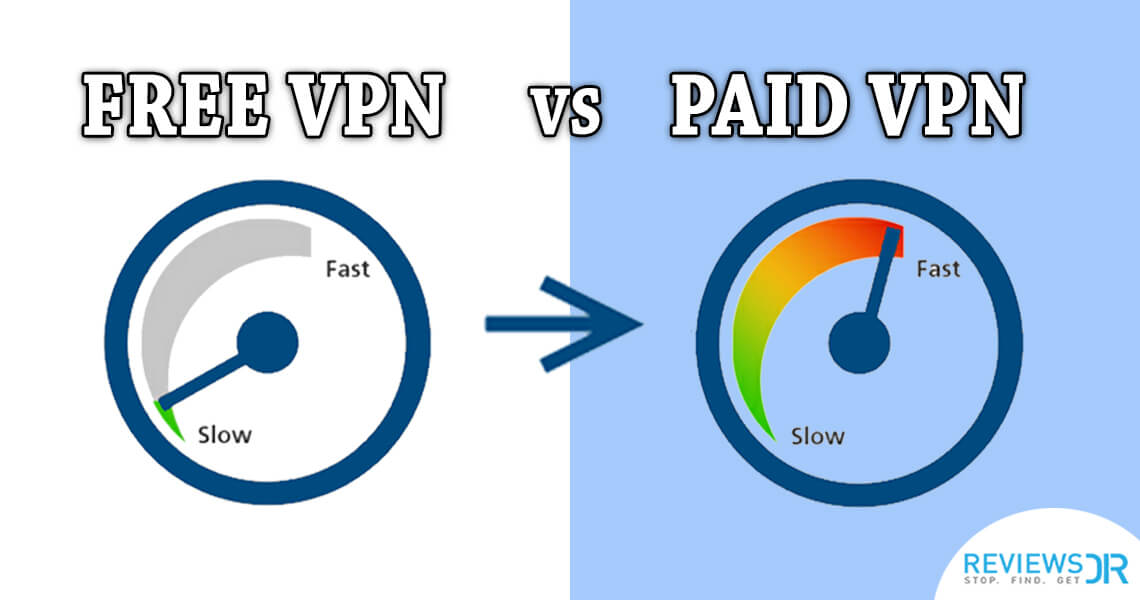 Free vs. Paid VPN – Which one to choose? There are 10 things that will clear your concepts towards Free vs. Paid VPN. You can check them one by one and decide which of the factor is more important to you. Based on that analysis you can make a sound decision of subscribing either to a free VPN or Premium VPN. So, shall we start?

Which will cost you more – your online privacy or a cold coffee? 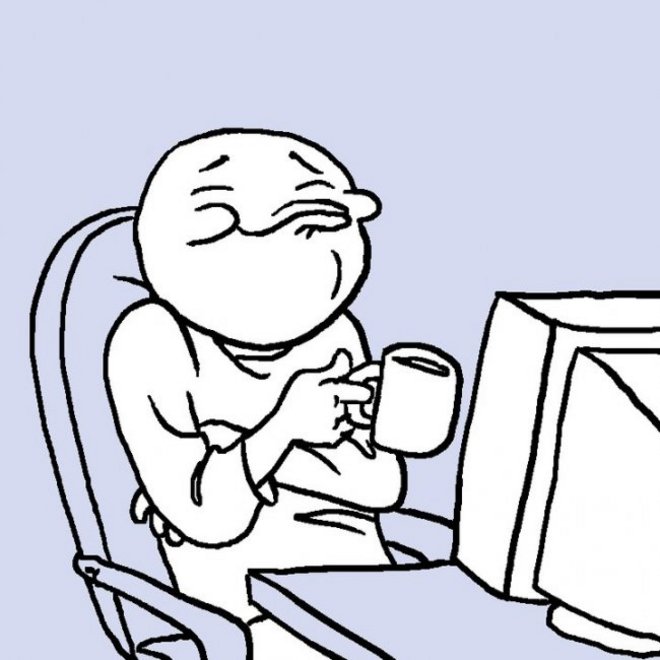 When paid VPN privacy protection comes at the same price as a fancy drink, it should be a no-brainer. We all love free stuff – free T-shirt, a free sandwich, free coffee, free apps, etc. But there’s an old saying that still rings true.

“Everything worth having comes with a cost and nothing is for FREE.”

Just answer to this, every VPN services run a network, and there’s a fixed cost for running the system. If they are not charging it from customers, then they must be charging it from advertisers or marketers to whom they sell your data. Before heading to our discussion, you should understand this – there are two types of FREE VPN, one is free VPN trial, and another one is Free VPN service.

A free VPN trial is like a trailer for the movie. A VPN provider offers you to test full-featured service for a specified period. It usually starts from 3 days and ends on 14 days trial period. However, a free VPN service comes for a limited bandwidth or data transfer limit. It may be for a month or a lifetime.

So, What Are The 10 Things To Understand About Free vs. Paid VPN?

Well, these 10 things are not limited to make a sound decision about choosing either a free VPN or a paid VPN, but it will give you a clear understanding that how a paid VPN is better than a free VPN.

Free VPN offer you a limited option to choose among the protocols. Let’s say if you have subscribed for free VPN, you may only connect your VPN either using PPTP or OpenVPN. Both the protocols are suitable for speed but offer no protection against online threats. 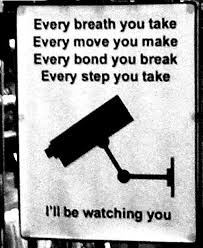 A paid VPN offers you a wide range of VPN protocols including, PPTP, L2TP/IPSec, SSTP (the most secure one), SoftEther, VPN over SSL, IKEv1 and IKEv2. The encryption levels always differentiate with every protocol. For example, with PPTP the highest level of encryption can go up to 248bits, but with SSTP and VPN over SSL, it can range up to 2048bits. The higher the encryption level, the more secure your data will be.

Verdict: It proves that if online security and privacy are your priority then FREE VPN is not at all suitable choice for you.

Selection of Servers – Freedom of Accessibility

A free VPN offers insufficient options for server locations. Usually, it started with 3 and reached a maximum to 12. For example, Spotflux offers three servers, Zenmate free extension offers 5, and Cyberghost VPN provides 7. These servers are dedicated to free users and have a lot of crowds using it at the same time. This is the reason free VPN is very slow, which we will discuss later. Most free VPN providers do not offer USA VPN servers. If you are seeking to watch Netflix, Hulu or Game of thrones on HBO Go, you may not be able to achieve it with a free VPN.

Verdict: If you want to watch movies online and sports channel, you need to subscribe to a paid VPN service. With free VPN, you have limited number of locations.

A free VPN always comes with limited bandwidth or data transfer limit. You can get maximum of 3 GB a month with a free VPN. There are free VPNs like Spotflux and Zenmate that do not limit data transfer, but they can only be used for a particular period.

Paid or Premium VPN service offers unlimited data transfer and bandwidth. You can transfer as much data as you want if using a paid VPN.

Verdict: If you subscribe to free VPN, you will be disconnected once the set limit of data transfer is utilized. With Premium VPN service, you can always stay connected to the VPN without concerning about data transfer limitation.

What would you prefer- slow or fast internet speed? Obviously, slow speed is a BIG ‘NO-NO.' But if you pick free VPN as you buddy, you will experience slow internet speed. There’re two reasons for the slow internet speed. First, free VPN providers dedicate one or two servers at every location for free subscribers, now imagine the crowd on these servers. Second, there are limited options to select VPN protocols which mean every other user will be using the same gateway to route the internet traffic. It can easily throttle your speed. Let’s say user ‘A' is surfing the internet using the same server and user ‘B' suddenly start downloading a movie. Now, the overall speed will be diverted to user ‘B' and user ‘A' will face slower connection or may be the connection at user A part will drop. 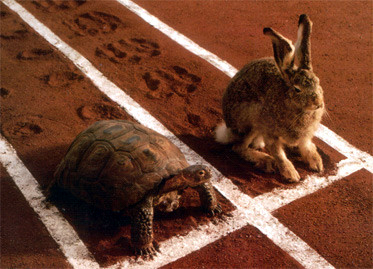 With a premium VPN, there is no limitation on servers as well as you can quickly switch between servers without paying any extra amount. If one server is slow, you can switch to another one in the same country. Paid VPN services offer built-in load balancing features, which helps to balance the load on each server, so if you do not know which is the fastest server near you, the app will automatically connect you to the fastest available server.

Verdict: Free VPN is like a mountain bike, and Premium VPN is Bugatti Veyron if compare in terms of internet speed. The choice is yours!

Compatibility with Devices and OS

Free VPNs are usually limited to just one device. If you subscribed for iOS free VPN, it means you can only use that free subscription on iOS you cannot use the same account on Android or Windows. Similarly, if you are using web extensions like Zenmate on Windows, you cannot use the same on Mac. Free VPN don’t usually work on routers and smart devices.

Paid VPN is compatible with every device you own including, Windows or Mac desktop, iOS and Android phones, tablets and smart devices, gaming consoles and smart TVs, routers and TV boxes, you can configure paid VPN service on any device you like.

Verdict: If you have a variety of devices which you wish to secure online then got for paid VPN subscription.

Verdict: If you want your internet connection protected even if your VPN connection drops down, go for the Premium VPN Plan.

Free VPN can only be used on one device at one time. Free VPN does not offer simultaneous login at all. There’s not even a single free VPN provider that can be used on two or more devices at the same time.

Premium VPN does offer simultaneous connections. There can be 2, 3, or 5 concurrent connections available with Premium VPN Plan. It means you can use one single account on your Windows, Android, iOS and Mac devices. You can also setup VPN on your home router to protect entire family.

Verdict: If you wish to secure your internet connection with an external layer of protection then paid VPN is a perfect choice.

It takes serious cash to keep up with network demand. And free VPN providers lack the resources to maintain a quality infrastructure. This means that random disconnections are frequent and buffering is the norm.

Paid VPN providers can easily support their traffic. They can carry thousands of connections at a time without slowing down or continuous disconnections. This is due, in part, to the larger number of servers available. For instance, HideMyAss boasts over 3000+ servers in more than 190+ countries around the world.

Verdict: With Premium VPN service especially like HideMyAss and ExpressVPN, you will always have a fastest internet connection with 99.99% uptime.

Nothing comes for FREE. If you think that you are not paying dollars to free VPN service providers, believe me, you are paying them with your valuable data. It doesn’t take much to deduce that free VPNs make money from data mining. Whether they’re logging your traffic and selling it elsewhere or diving through the data on your device is anyone’s guess. So, if you think you are not paying, you are paying more than a paid VPN service.

Verdict: Marketers and advertisers are ready to spend millions buying your data, the question is, are you willing to be sold?

Free VPN comes with the unnecessary advertisement. It’s one way of earning money. When you logged on to a free VPN, all you see is advertisement after every second. These advertisements not only irritate you because it usually breaks the momentum of your work, but it is dangerous because these ads can infect your device with malware and viruses. 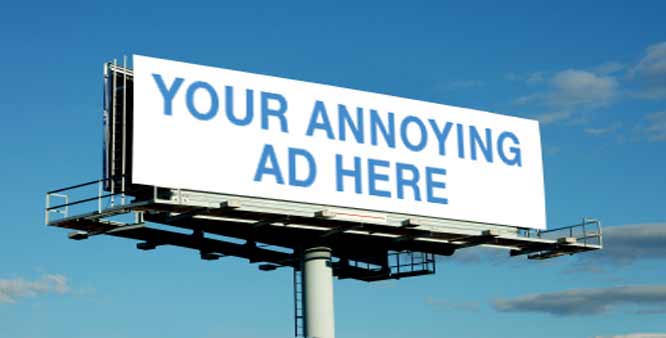 Verdict: Subscribe to paid VPN to avoid ads and malware on your device.

Let me conclude the discussion:

If you are concerned about your online privacy and security, you shouldn’t rely on something FREE. Spending $5 to $9 a month for safe keeping your online data is not at all costly. But using a free VPN that will eventually sell your data to god-knows-who could cost you more than your life.

The decision is yours!!!