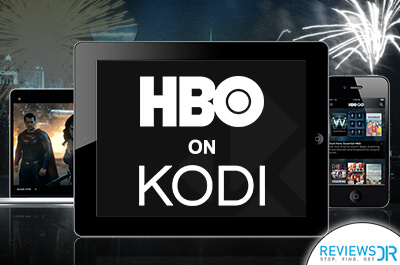 If there’s one channel known for its insanely addictive original content, its HBO. Game of Thrones, Silicon Valley, Girls, Veep, S*x and the City, The Sopranos, The Wire, True Detectives – all these shows were created and broadcasted at HBO. Not to mention, the most viewed and downloaded show of the entertainment history is Game of Thrones. HBO is a TV channel that nobody minds having on all devices. And, when we say devices, we can’t ignore Kodi. So, if you haven’t downloaded HBO on your Kodi yet, then it’s the right time to do so; watch HBO on Kodi with this guide.

The 8th Season of the TV sensation ‘Game of Thrones’ is out, running and the people are all geared up to watch the ultimate battle between white walkers and the seven kingdoms. The Fans are getting super impatient to watch the fate of Westeros as this is the last season of the show. If you are a GOT fan and are wondering how to watch GoT season 8 on Kodi, then you are at the right place. This guide has the answer to your entire query so that you don’t miss the action of your favorite show on your favorite devices.

HBO channels not only provide you the best entertainment in the form of TV shows and movies, but it is also a great source to watch most happening sports events and boxing fights. HBO sponsored most of the most prominent sports events happening around the world and being the official broadcaster for many. If you want to watch NHL or NFL, HBO is one of the best options. Similarly, how about some punches and kicks, not for you apparently, but to watch them as if you are sitting next to the octane. Well, if you have HBO channels subscription, you can watch MMA, Boxing and UFC all at once. Our UFC on Kodi guide will help you in streaming all the current and earlier UFC fights from anywhere.

So, shall we begin with the process of installing and setting up HBO on Kodi?

The best way to have your favorite channels and shows on Kodi is by installing the official addon. Unfortunately, there is no official Kodi addon for HBO, but you can get the channel on Kodi via many third-party addons. Due to the popularity and demand of HBO, many developers have worked on creating addons that host HBO on Kodi. We have mentioned all the Kodi addons that stream HBO along with the installation guide. We are sure you will be able to watch HBO on Kodi via the following addons.

As we have mentioned earlier, Kodi has many third party addons that offer HBO, including;

How To Watch HBO On Kodi – Step-by-Step Guide

You can watch HBO on Kodi by repeating following steps; 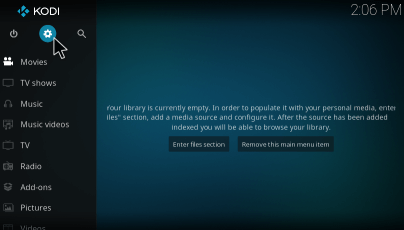 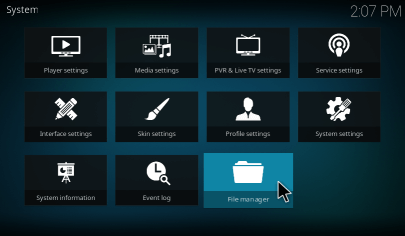 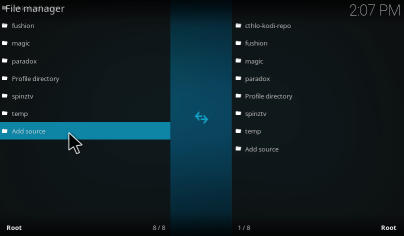 4. A window will pop up so you can add file source, select None. 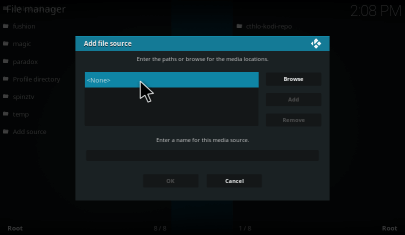 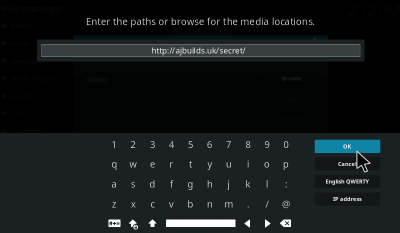 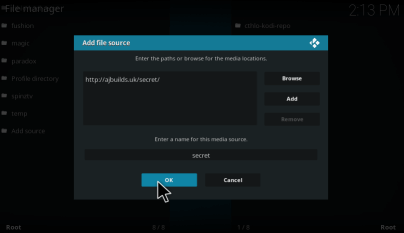 7. Go back to home screen and select Add-ons. 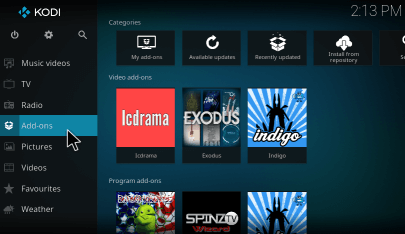 8. Click the icon as displayed in the image below. 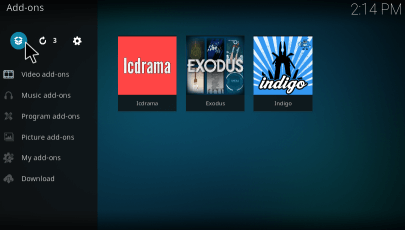 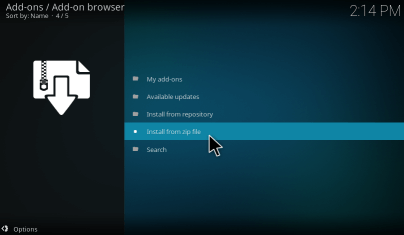 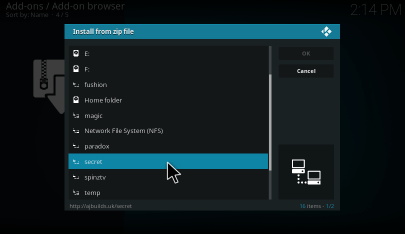 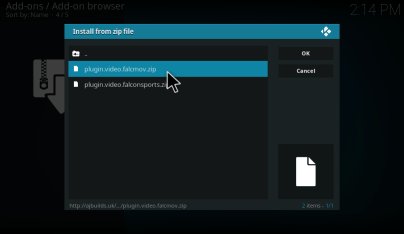 12. After a while, add-on enabled notification will appear. 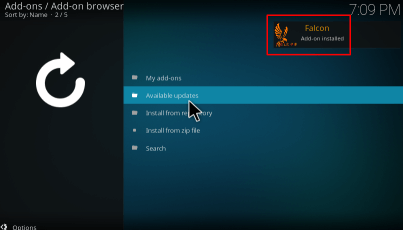 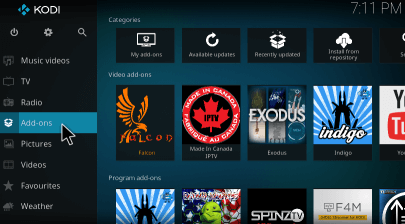 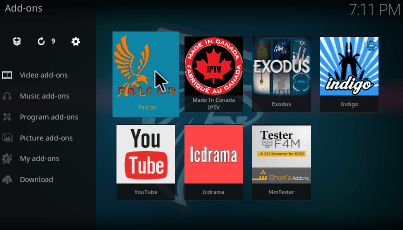 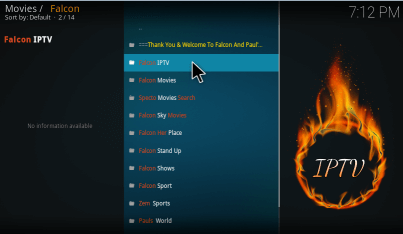 16. Here you can see TV channels based on the location. Select USA TV and watch HBO on Kodi. 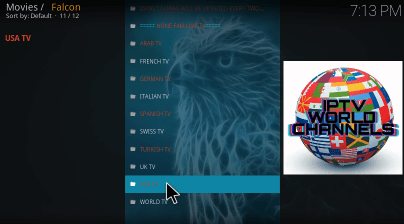 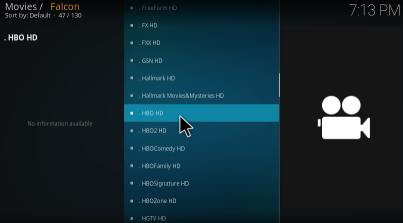 18. Servers will take time to load and HBO will start streaming on Kodi. 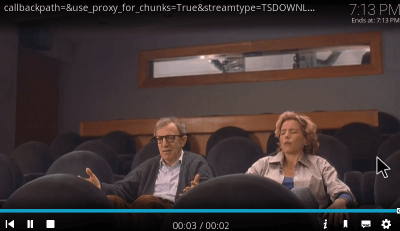 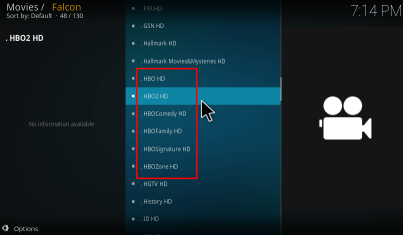 If you live elsewhere and not in the United States, you may face geo-restrictions while watching HBO on Kodi. Here’s what you can do to avoid this problem.

HBO is a well-loved channel across the globe. The third-party Kodi addons for HBO are using questionable sources to attain HBO live stream. The channel hasn’t officially permitted anyone. Although you will be required to sign in the HBO account, the addons are not authorized by any credible source.

It is an ideal situation for copyrights trolls to hunt down the violators and slap them with hefty fines. It is not a sure occurrence but may happen. You must be aware of the internet laws in your specific country as some are very strict about piracy and copyrights violation. Such nations are always looking to catch the wrongdoers and punish them.

Of course, you can’t live in fear all the time. There should be a way out or solution. A VPN comes as a savior at this point. Basically, with a VPN, you will be using internet from a bubble that’s inaccessible to all the prying eyes – be it your ISP or any government monitoring agency.

We recommend following VPNs for HBO on Kodi:

The above-mentioned VPNs were tested by our Kodi experts with an objective to watch HBO on Kodi media player. You may find prices of the ExpressVPN and NordVPN a bit higher than other available options, however, the service you get in return justifies the cost of a premium VPN. You may also check our list of cheap VPN services where we compared some very good VPNs in the business, that are of course light on pocket.

Why Install HBO On Kodi?

HBO offers premium content among all other channels. The channel is responsible for changing the face of American TV. Its focus on quality content and courageous enough to offer services like Netflix and AMC to experiment and go for quality as it brings guaranteed results.

Having HBO on Kodi means watching your favorite shows on your terms. Be aware of the geo-restriction, only a VPN can fix that and let you install any of the addons mentioned above and enjoy HBO on Kodi. If you like to install more addons, check our post of best working Kodi addons and see how you can improve streaming experience on Kodi.

What’s your current favorite HBO show? You can tell us in the comments section below.