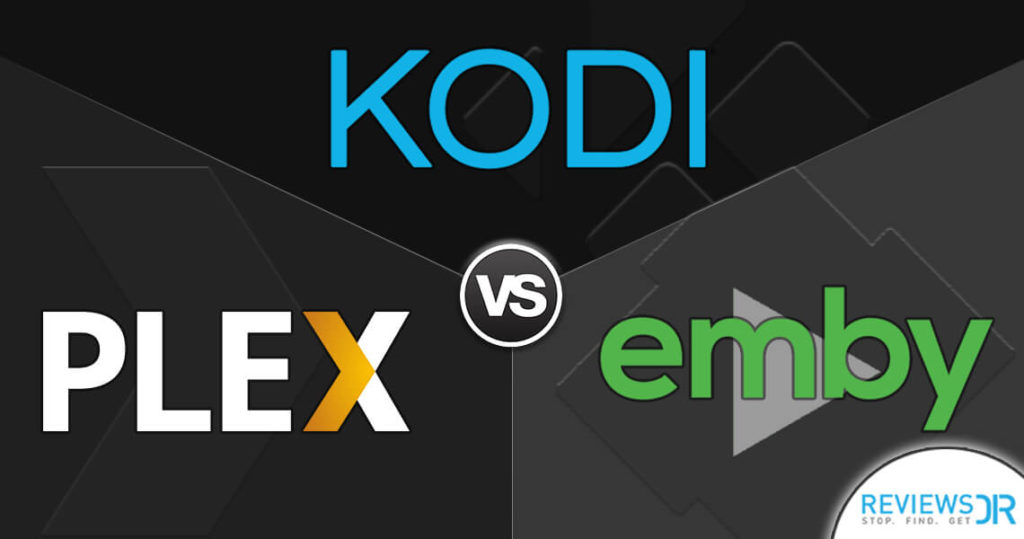 Entertainment-wise, it is the best time to be alive in terms of content production and consumption. You have so many devices and even more material to watch. You literally have more than ten options to view Sherlock or anything as a matter of fact.  You don’t believe us – let’s count – smartphone, TV, laptop, tablet, computer, gaming console, set-top box, browser, video search engines like YouTube, and Raspberry Pi. Phew! It’s done.

When the options are so many just to view your favorite content, you require a separate media player just to keep your media files in one place and access it anywhere on any device. Fortunately, we have Kodi, Plex, Emby and many others competing to win the users’ loyalty. So which one should you use? We embark on a journey to figure out Kodi vs Plex vs Emby comparison to find out which streaming player you should use. Primarily, Plex vs Kodi is the focus of our attention, but we will touch base Emby vs Plex vs Kodi also to see which of the three wins the race.

Kodi vs Plex vs Emby – Let’s Define Them First

Before we start with our Plex vs Kodi vs Emby comparison, let’s first get an intro for each streaming player in case you have little knowledge about it. Once we are done with the basic overview, we will further discuss about how each of the media player ranks on different test criteria that we set.

Kodi vs Plex – What is Kodi? 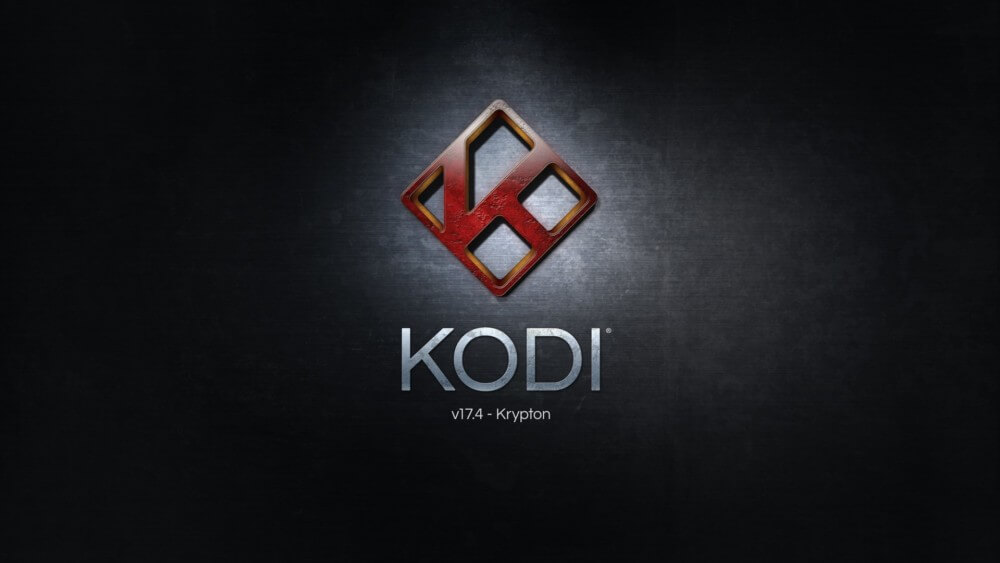 Kodi can be simply defined as the lover of entertainment. It is responsible for bringing all the media into your grasp in a simple and user-friendly package. Kodi is free, open source, extremely flexible, and highly compatible media player. Kodi is updated and bettered by volunteers from all around the globe and supported by a large community. The best thing about this media player is repositories and addons. Kodi addons are so famous and flexible that you can access pretty much everything on it. Legality of Kodi raises too many questions among streaming lovers. We have received a couple of requests from our readers, hence we explained the subject in detail if the use of Kodi is legal.

Plex vs Kodi – What is Plex? 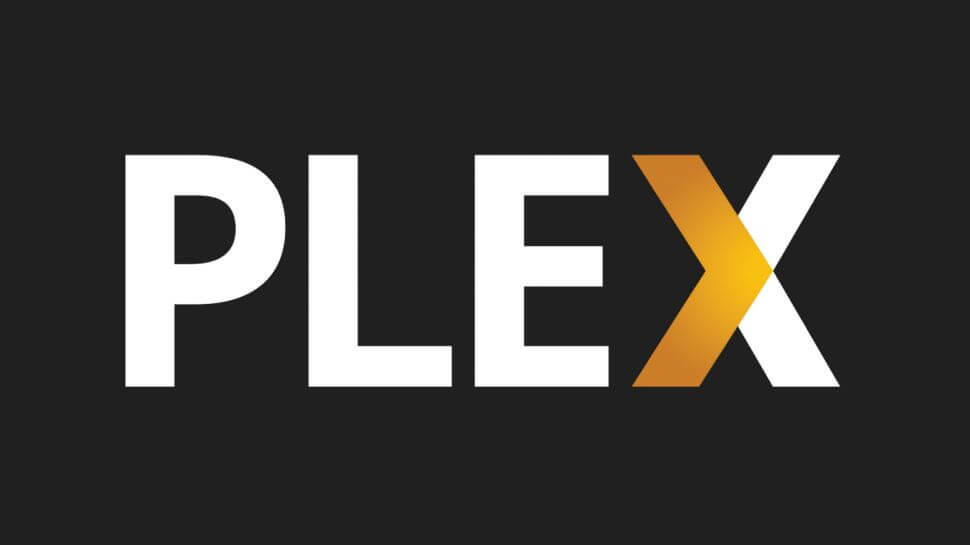 Plex was a community before becoming a streaming media player. The community gathered people from all walks of entertainment enthusiasts be it movies, news, music, TV series, photographs, videos, or documentaries. Plex has one agenda  – to bring the media on all your devices and platforms.

Emby vs Plex – What is Emby?

Emby, formerly named Media Browser, is an open-source platform. It is working to bring ‘your media, your way’. The development on Emby started in 2013 and it entered the market as the direct competition of Plex. Initially, it struggled but got in rhythm by providing extra features and improving its services.

Kodi vs Plex vs Emby: At a Glance

By now you may have learned about Kodi, Plex and Emby already. It is now time to see what these media players have in common and what makes them unique. Our editors have drafted a Kodi vs Plex vs Emby comparison chart that will give you gauge the authority and credibility of these streaming media players.

Since we are comparing the three most powerful media players currently, it is difficult to assess them against each other. We cannot possibly discuss all the features of each media app since it is not plausible and we will get lost in unimportant nitty gritty. However, comparing the major features of each streaming service will clear the air to a large extent. 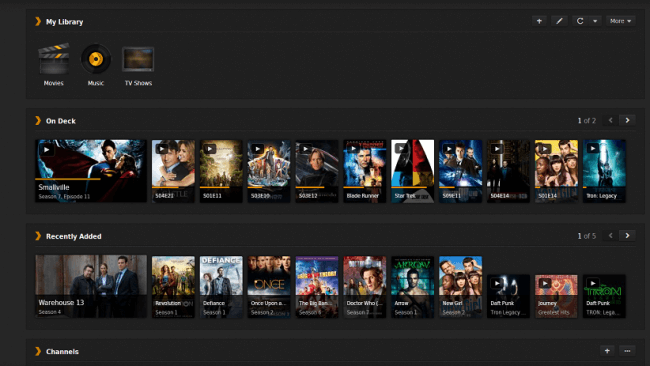 First, in our Kodi vs Plex and Emby review, we will be discussing how these three media players rank when it comes to managing the media library.

Kodi has commendable features to manage personal media library. It uses online scrapers to get metadata and organizes movies, TV show etc accordingly. The process is more complex than Plex and Emby. However, Kodi can play more file formats than Plex and Emby like Blu-Ray discs, DVDs, .ogg, RealMedia, VIVO etc. Kodi’s diversity sometimes adds to the minor difficulty in managing media library. Whereas Plex and Emby simply convert everything to .mp4 or .mkv files.

The organization in Plex is outstanding. It labels and stores your digital media in a single place. You can create separate locations for movies, TV shows, documentaries etc. The metadata is automatically gathered from the internet by Plex. So you have media files with ample information about them. Ultimately, your media library will be easily accessible and super organized in Plex.

Emby also has similar features. It automatically brings metadata for each media file like Kodi and Plex. Emby creates a centralized database for all the media. Emby provides way more options to customize but they are complicated and it will take time to familiarize them.

Emby vs Plex vs Kodi – Whose the Winner in Managing Media Library: Plex (By Two Miles)

All of them collects metadata online and organize the files automatically. It is complicated in Kodi and Emby because of file formats and complex customization options respectively. So Plex gets a tad bit of advantage here. The difference is really minute and Plex is not winning by a major margin. 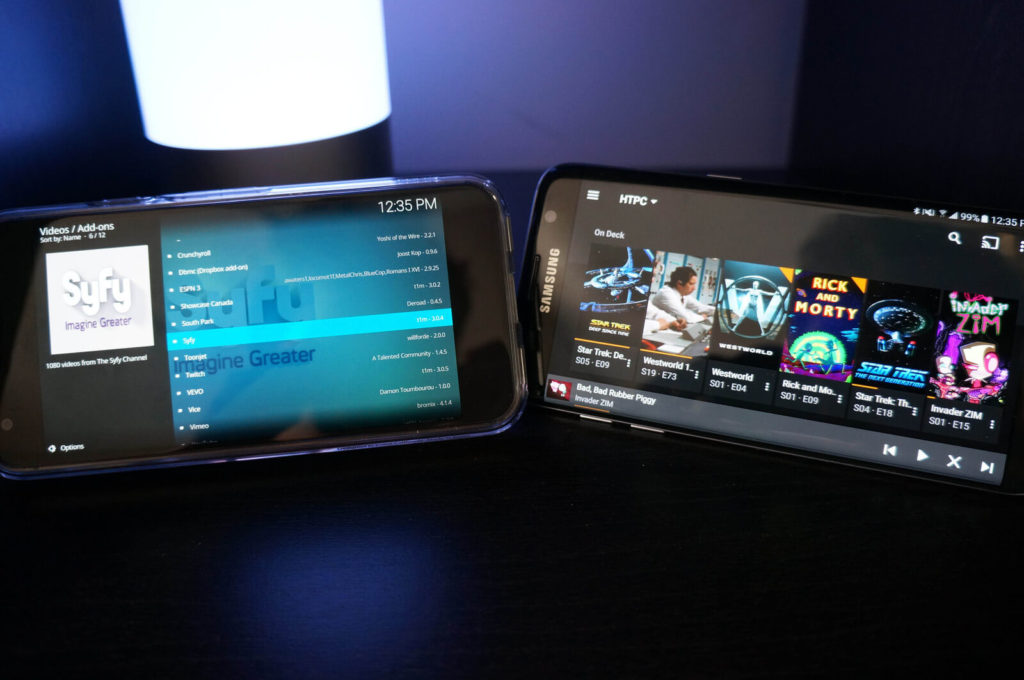 Next in our Plex vs Kodi vs Emby review, we will be talking about on these players work on multiple devices.

Plex has a server-client model. You download the Plex server on the main device then access the content on many devices via Plex clients. This way you are able to watch your media on TV, laptop, smartphones, smart TVs etc. Plex has remote streaming feature. You just have to enter your account details on any device to access all your media anywhere.

Emby: Has better features in the paid version

Emby lets you stream media from your computer to many devices. You can access all your media content on your computer (via Emby servers) on any device with an Emby client. Emby enables remote streaming content. You can stream anything from your Emby on any wireless network. However, it is only available in the paid version of Emby.

Kodi lets you stream content on a wide variety of devices from your local as well as network storage. It is pretty similar in function as Plex and Emby but doesn’t allow remote streaming.

Plex Vs Emby Vs Kodi – Whose the Winner: Kodi and Plex (Just One Step Ahead)

Streaming on multiple devices is done by all of them. Emby loses some points as it allows remote streaming in its paid version only. We think Plex wins this point alone.

This is one of the most important feature any streaming lover looks in a media player. Let where each of the player ranks in the extension vertical of our Kodi vs Plex vs Emby comparison.

Plex has channels (its third-party extensions). By downloading channels in Plex, you can increase the media choices to play on Plex. The media player has official Plex Media server with an approved list of channels. You can access them by opening the menu > channels > install channels. Plex also has an unofficial app store but it has channels that contain pirated content. You can install the unofficial channels at your own risk.

Emby’s third-party extensions are called plugins. They are developed to enhance the scope and functionality of the media player. The plugin option is available on the menu. Emby is younger than Plex and Kodi so its plugins are not as varied and diverse. Emby community is responsible for developing plugins.

Kodi Vs Plex Vs Emby – Whose the Winner: Kodi (By Very Large Margin)

When it comes to enhancing the powers of a media player, nobody can win but Kodi. It has the most variety one can expect in add-ons.

Note: Kodi, Plex, and Emby all have third-party extensions that use pirated content. It is crucial that you seek a protective space before downloading these questionable extensions in any of the media players. Yes, we are talking about a VPN. You can learn more about it here.

4. Compatibility With Devices and OS

Now let’s discuss about the compatibility of each media player.

Kodi is compatible with:

Plex is compatible with:

Emby is compatible with:

Kodi Vs Plex Vs Emby – Whose the Winner: Kodi (Just One Step Ahead)

The compatibility meter is very high for all three of them but we feel Kodi takes an edge here.

5. Is Money Involved in Kodi, Plex and Emby?

We feel like it is a question that one must answer. The ordinary users are looking for free quality products that can bring value in their everyday activities. So how much money is involved in these streaming services?

Plex Vs Kodi Vs Emby – Whose the Winner: Kodi (Hands Down)

Kodi provides the best media streaming player for free whereas Plex and Emby have saved some high-quality features for its paid versions only. Of course, we will prefer Kodi over the other two.

Verdict: Which Media Player You Should Use

We have presented you a long argument and tried our best to give an unbiased assessment. Kodi wins all the features except for media management. Kodi has better content options, it is compatible with more devices, it doesn’t asks for money and gives the best services, and has the most number of add-ons.

These three apps can be considered alternatives for each other but in comparison, Kodi takes the first position. Do you agree with our stance? Is Kodi better than Plex and Emby in your opinion? Discuss your opinions in the comments section below.