Net Neutrality Taking Its Last Breaths! Can You Save It? 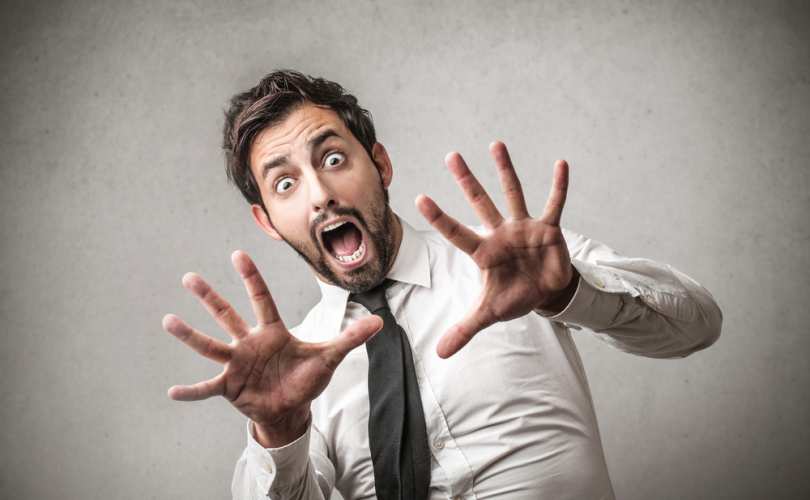 Net Neutrality is in jeopardy as FCC is planning to snatch your internet freedom by giving power to companies like Comcast, Verizon, AT&T etc to control what apps, websites and content you visit online and charge you separate fees for each service. And it doesn’t stop there! They’ll also have full authority to censor what content you view online. It would be an ONLINE DICTATORSHIP of few companies who’ll have full control of what you can access over the web!

This Is What The Internet Would Look Like After Net Neutrality Is Gone: 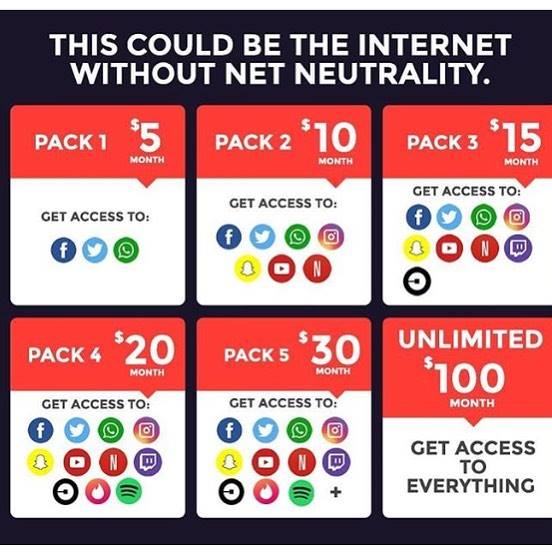 Sounds frightening right? Many internet users are voicing their opinion about the possible grave consequences if net neutrality is murdered and that is why netizens have come up with Break The Internet protest which is being done so that the voice of the internet users reach to the Congress.

People are changing their status to “Getting Married To Net Neutrality” to get the attention of their friends & family and then linking https://www.battleforthenet.com/ in the comments so that people can get aware of what’s at stake and then take action. 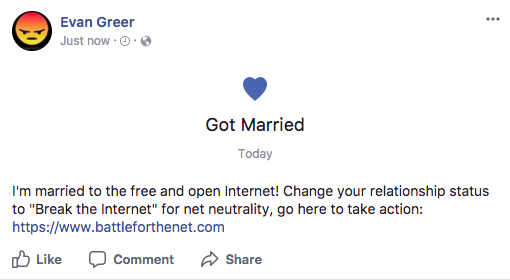 Moreover, internet users are also changing their Display Pics and adding a link back to the Battle For The Net website. In the article by Huffington Post, they’ve also suggested adding a new job position “Defending Net Neutrality at BattleForTheNet.com” to raise awareness about the dire issue in your business circle too.

Net Neutrality is a real issue and if we don’t stand for it now, it would be too late and the internet you know now would change 360 degrees. Influencers and big personalities like Steve Wozniak, Mozilla Founder Mitchell Baker, and BetaWorks CEO John Borthwick have all raised their concern and are all in favor of Net Neutrality. This would be the biggest threat to the internet that we’ve all helped create so hard. So raise your voice and record your protest at Battle For The Net.

Welcome To The Internet Without Net Neutrality

Yes, it’s true. Your internet service provider would be able to charge you different prices for different services and would have full authority to throttle your internet speed if you don’t pay for a particular service. It would be something like this:

Although, Government is trying hard to portrait as if the situation isn’t so critical and something that shouldn’t bother anyone, but they couldn’t be more wrong.

#BREAKING: My office has now identified 2 million fake comments on #netneutrality that were submitted to the @FCC using the stolen identities of Americans across the country.

The FCC must delay its vote until we get to the bottom of this massive fraud: https://t.co/X3ECXwh06y pic.twitter.com/PuNrqErWCw

What’s The Action Plan? How To Save Net Neutrality?

Well, besides the initiatives discussed above, there's another movement that’s going strong and that’s happening on Change.org where 3,000,000 signatures are required to make the impact and 1,826,540 have signed the petition to save Net Neutrality.

Can A VPN Be Used To Access Websites & Services If Net Neutrality Is Snatched Away From You?

Yes & No. See, your internet service provider sooner or later get to know if there’s any unrecognized traffic passing through the servers, but in countries where Net Neutrality doesn’t prevail, internet users are actually using VPNs to bypass geographical boundaries or accessing websites & services that aren't available in their own region.

But, you’ve got to make sure that you have a fast VPN service to stream your favorite content smoother. Here are some of the VPNs that are trusted by millions around the world:

Bear in mind that ISPs might start blocking famous VPN providers too, and that’ll make life more miserable for you, so it’s better to vote and take action so that net neutrality prevails.