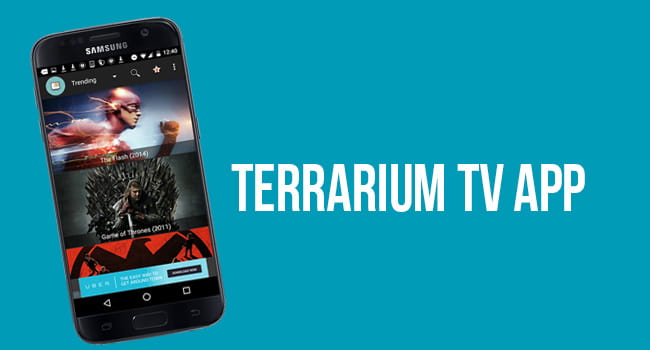 Developer ‘NitroXenon’ of the famous Terrarium TV app called on for an immediate shutdown of the project due to uncertain circumstances. This came as a big shock to multiple users around the globe as the developer shared the news. Further, he added if required, NitroXenon will leak the data to authorities.

Users are active on social media asking the real reason for the shut-down, but NitroXenon gave no comments on it. Terrarium TV has been around for a while and became a market leader, better than the known PopcornTimes and Snowbox. The app was developed by Hong Kong-based Peter Chan known as NitroXenon. It has most number of active users and has became the must-have app for Android users who are looking for Netflix-Style App.

“It has always been a great pleasure to work on this project. However, it is time to say goodbye. I am going to shut down Terrarium TV, forever,”

“I know this day will come eventually. I know it would be hard to let go. But it is really time for me to move on to other projects.”

This raises the question as why it is being shut down? The possible answer of this question lies under the legal threats impose to the App for its illegal nature. It came as a big threat when earlier this week NitroXenon made an announcement leaving many users shaken and sturdy.

“Uninstall immediately!” one warned. “Your IP address and location are being tracked!”

“We can’t guarantee that details won’t be shared upon request,” advised another.

This statement came as a notification to all those users who did not uninstall the app when asked by the developer. Multiple websites tried to reach the developer, but he stayed quiet on the subject while the users panicked over the dreading statement.

Previously, in such kind of circumstances, developers are being held accountable by the law.

The same traits are seen with NitroXenon. It is assumed that IP addresses and location of the users might have been leaked. After deleting the app, the data automatically wipes out from the servers, and it wouldn’t make much of a difference.

There is no authentic confirmation about the reason behind this shut down. The threat is there and it could be an hoax created over the past experiences.

One thing needs to be shed light on; no user has been individually targeted by companies or legal authorities for streaming content through such apps. It can be concluded that the developer is trying to depict a false image of the entire scene and is generally trying to cover his tracks by issuing such statements but in reality, he did not face any legal façade.

In a new discovery, there are speculations that the app has been sold to a third party which has taken over the NitroXenons Reddit account.

Moreover, another fake source claims that NitroXenon was paid to shut down the app. However no such news has been confirmed. If the Motion Picture Association targeted the developer, the news would have been circulating all over the internet. But it is not the case. The story will unfold sooner or later. For now, the app is being installed by fans all across the world and they are looking for its alternatives. Terrarium isn't the end of the world, here’s a list of best Kodi Addons to provide you unlimited streaming.