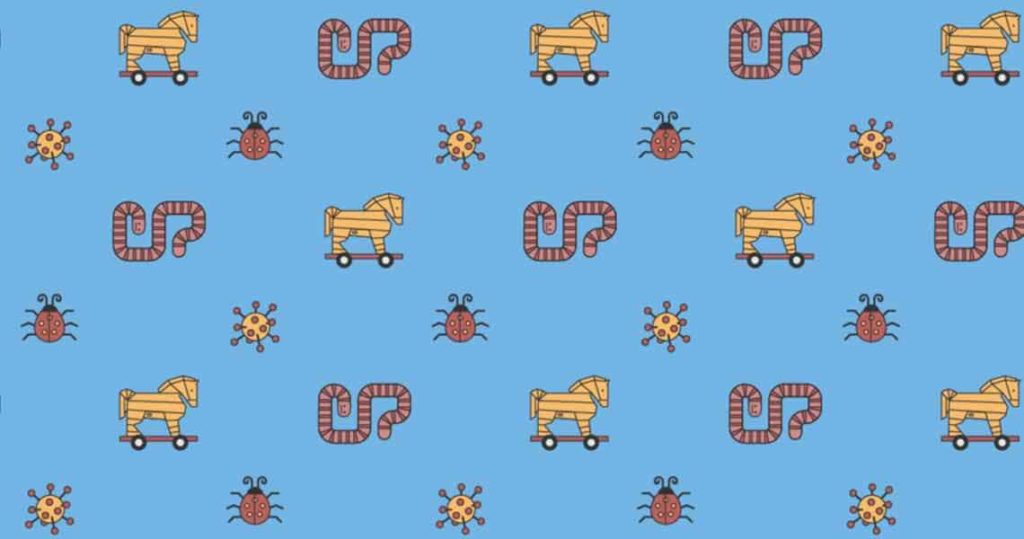 Viruses, Trojans, Bots, and Ransomware – we all have heard of these terms, but do we really understand them? Well, probably not. ! When you hear some of these terms, the first thing that pops up in your mind is “Oh, this cannot be good for my computer.” And you are right. ! Did you know that a virus “I love you” caused the damage to the computers all over the planet that was estimated $2.61 billion? Similarly, Sasser – a Windows worm infected a huge number of computers slowing down and crashing their systems.

Or, let’s take Zeus as an example. This s a Trojan horse designed for performing numerous criminal tasks. There are many of these malicious programs out there that can cause quite a damage to your precious computer, and of course your valuable data. Yup, we know – that is horrifying! But, you cannot live in a fear and stop using computers, just because there is a risk of malware attacking it. Right?

However, there is apparently something you can do to prevent any of these malware harm your computer, but first, you need to learn the differences among these terms. So, in this article, we want to discuss these terms (different type of malware and viruses) and also give you some simple and easy-to-apply tips to help you protect your computer.

So What is a Malware Actually? Is There a Difference Between Malware & Virus?

Before we move on to explaining these terms, we want to get one thing straight, right away. The term “Malware” means malicious software and is used for referring to all the viruses, worms, and anything else designed to do damage to your computer. You might hear the term ‘virus’ more often than malware, but technically, a virus is just another type of malware.

Now that you understand this, we can explain you every type of malware that you should be aware of.

Different Types of Malware That Can Turn Deadly

Let’s Get it Further – Different Types of Malware and Virus

What is a Virus?

The term “computer virus” refers to a small program that is specifically designed to harm your computer. A virus infects files, programs, and also changes the way your computer works (for the worse of course). While some viruses will delete files and format the hard disk, others are not so mean. Those less mean will “only” stop your computer from proper functioning by way of replicating themselves. As a result, your computer won’t be able to open windows swiftly, and the system will crash from time to time. The CIH is a pretty deadly type of viruses that will completely destroy the computer system, leaving you with an inoperable unit.

What is a Worm?

Now, worms are somewhat different from viruses. These programs work in such a way that they replicate themselves without the help of a host file. Meaning, worms exist inside of Excel or Word documents, so that a certain document may entirely be malicious for a computer. Worms travel fast through the network, leaving thousands of computers affected. Some of the most popular worms are the Code Red Worm that ruined around 360, 000 websites, and the Blaster worm that will cause a computer to restart frequently.

What is a Trojan Horse?

Now, Trojan horses are smart little programs that will trick you before you know it. These programs pretend to be something else, while, in essence, they contain malicious code. Trojans differ from worms and viruses in a way that they do not duplicate themselves.

Since Trojans contain harmful codes, they can be very damaging to your computer, causing loss of data, in the best case. Usually, Trojans serve as a backdoor for a remote control of your computer. Meaning, once infected with a Trojan horse, your computer can be used for numerous immoral purposes, such as attacking websites, working as a proxy server for hiding attacks, and much more. However, the Trojans can be spread only if you invite them. This can be done through opening certain email attachments, so be careful with that.

Now, here is another type of malware – bots. Bots are internet robots, also called crawlers, spiders or web bots. Even though they are “good” bots out there, well, you are most likely to meet “that bad guy”, Malware bots are self-propagating programs that will take control over your computer, leaving you helpless. These programs are designed to collect passwords, launch DoS attacks, attain financial information, serve as a backdoor, analyze packets, etc. In general, malware bots are designed for infecting a large group of computers, creating a bot network.

This is a malicious code used by cyber criminals. They will lock your screen system or your files, asking you to pay a ransom in virtual currency so as not to show the criminal’s identity. The CryptoLocker is one of the most successful ransomware that obtained estimated $3 million.

How to Prevent Any Malicious Attacks?

With all this being said, you must be terrified. However, don’t panic. Stay focused, because there are some things you can do to minimize the risk of your computer getting infected. Therefore, here are some ways to help protect your computer from viruses, worms, Trojans, bots and other malware:

And there you have it – you now know the differences among viruses, Trojans, Boots, and other types of malware. We hope that you will wisely use this knowledge to take the risk of infection to the minimum. The most important thing is to be very careful when using your PC, or any other device, and shouldn’t have the attitude of; “That could never happen to me.” Because it can happen and it will IF you are not careful. So, make use of our tips on how to protect your computer, so that your PC can be happy and healthy. Good luck!