How To Watch Cotto VS Kamegai Fight Live Online From Anywhere 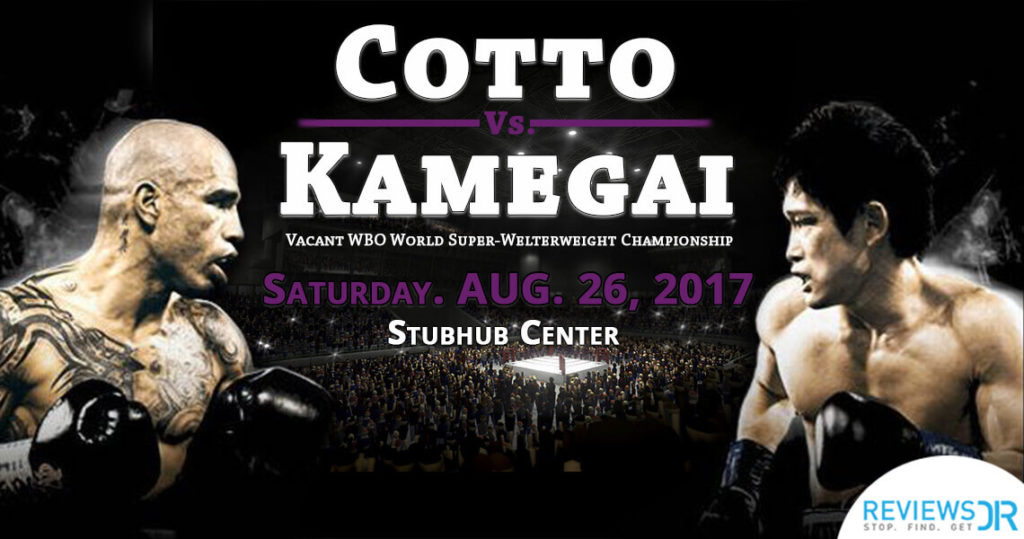 Miguel Cotto is coming back to the ring on August 26th, 2017 at StubHub Center, California to fight against Yoshihiro ‘El Maestrito’ Kamegai for the vacant WBO Junior Middleweight World Championship. Cotto is the only boxer in Puerto Rico’s history to be a four-division world champion with a stellar record of 40-5, 33KOs. On the other hand, Kamegai has an impressive boxing record of 27-3-2, 24KOs and is regarded as one of the most exciting fighters in the sports of boxing.

Let’s first have a look at the fight details and then we’ll jump on the unblocking and streaming part.

How To Watch Miguel Cotto VS. Yoshihiro Kamegai Fight On HBO Outside US

HBO will be officially broadcasting the Miguel Cotto VS Yoshihiro fight but it’ll only be accessible for the viewers within US only. If you are located outside of US, you’ll be notified that the content is not available in your region. Here’s the message that you’ll see:

But, this issue can easily be eradicated by using a VPN. Simply connect to a US VPN server and instantly get assigned a US IP address and watch the bout like a US local citizen. Simply follow these simple steps:

BoxNation is famous UK sports channel, another option to watch Cotto V Kamegai fight live streaming. But the same issue exists with BoxNation too that it’s streaming is only limited to viewers who reside in UK only. But don’t sweat! You can access BoxNation the same way you have just learned to access HBO; by using a VPN. Simply connect to a UK server and watch BoxNation from anywhere in the world. Bear in mind that a valid BoxNation subscription would be required to watch any content being streamed by the channel.

Cotto is a much-experienced fighter and a big name in the boxing scene of Puerto Rico. He has faced many big names in the boxing world belonging to divisions varying from Super-Lightweight to Super-welterweight. Similarly, Yoshihiro also has a unique fighting record and a worthy boxer from Japan.

Both the fighters showed immense respect to each other as traditionally we usually see a bit of tussle and trash talking, but the attitude of both the boxer shows their elegance and true sportsmanship.

After losing his middleweight title against Canelo Alvarez back in November 2015, Cotto has taken a break from boxing, but now Miguel Cotto is back in action with an interesting fighter Yoshihiro Kamegai. Kamegai also recently gained great reputation by fighting against Jesus Soto Karass and going toe-to-toe for 8 rounds and ultimately making Soto quit. This is by far Kamegai’s best career fight.

But now things are going next level as Kamegai is against one of the worthiest fighter he’s ever come across. So, now you know how to watch Miguel Cotto VS Yoshihiro Kamegai fight online, now go ahead, plan your off-days and watch the fight as it happens online from anywhere in the world.

Do you have any fight predictions regarding the Cotto VS Kamegai fight? Share your thoughts with us in the ReviewsDir comments section below