How To Watch Cuadras VS Estrada Fight Live Online 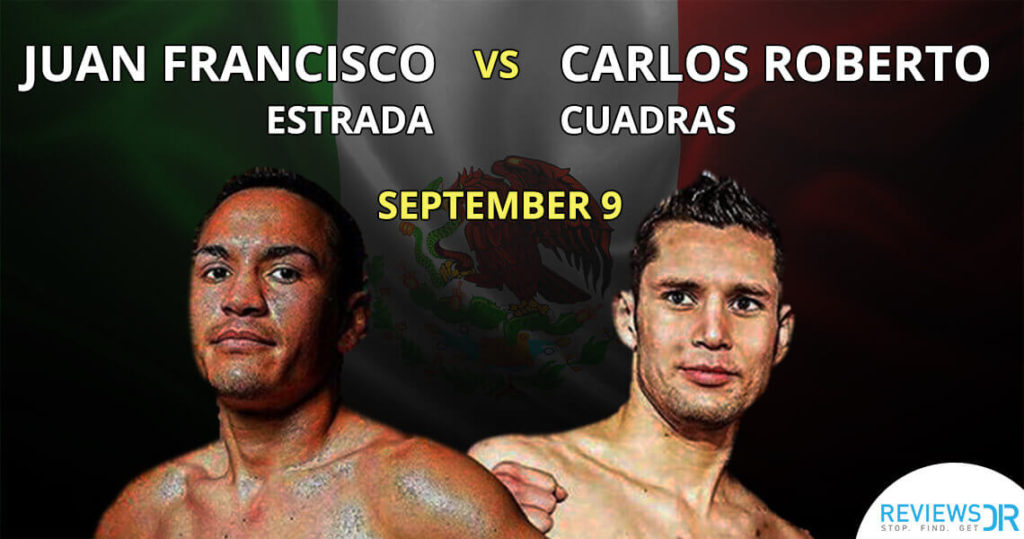 Cuadras VS Estrada is a Super Flyweight Eliminator bout happening on September 9th and is an undercard of Wisaksil Wangek VS. Roman Gonzalez boxing match. Carlos Cuadras and Juan Francisco Estrada, the two former world champions from Mexico will face each other for a WBC’s interim belt. And the winner of both the fights would face each other for the Super Flyweight Championship title.

Initially, it was announced that winner of the last fight between Srisaket VS Gonzalez would face Cuadras, but the very nature of the first fight was so controversial that WBC had to call for a rematch  between the two and now Cuadras would face Juan for WBC interim belt, and whoever now wins this fight would face the winner of the Wangek VS Gonzalez fight.

The Carlos Cuadras VS Juan Francisco fight would be broadcasted by HBO, but HBO’s live streaming is only limited to US. In this streaming guide, we’ll explain how to unblock and stream HBO live and watch Cuadras VS Estrada fight live from anywhere.

How To Watch Carlos Cuadras VS Juan Francisco Estrada Fight Live On HBO?

HBO is the official broadcaster of the Cuadras VS Estrada fight and will also be broadcasting two other fights happening on the same card, which is, Wangek VS Gonzalez & Naoya Inoue vs. Antonio Nieves. But HBO’s broadcasting it limited to US only, and Boxing fans outside of US wouldn’t be able to watch these fights because of the content licensing agreements and geo-restriction policies set by the channel.

Here’s a message that you’ll be prompted if you try to watch HBO outside of US:

Cuadras is already pretty determined that he can easily take on Estrada as he has already beaten Rungvisai before and Juan Estrada is a ‘fill-up match’ scheduled by WBC. Both the fighters look pretty confident and showing deep respect for each other as both are fellow countryman too.

Cuadras VS Estrada is not only an eliminator fight but also a fight between two of the best pound-for-pound boxer in Mexico. One other thing that’s common between both the fighters is that both of them have been beaten by Roman Gonzalez. So, this fight is their chance to show the world who’s the better contender for the Super Flyweight Championship.

We are rooting for Cuadras because he has a much quicker movement and powerful punching power. It would be a close fight, but Cuadras has a much higher winning chances.

So, all set to watch Carlos Cuadras vs. Juan Francisco fight live online on September 9th? What're your predictions? Leave your thoughts in the comments section below.