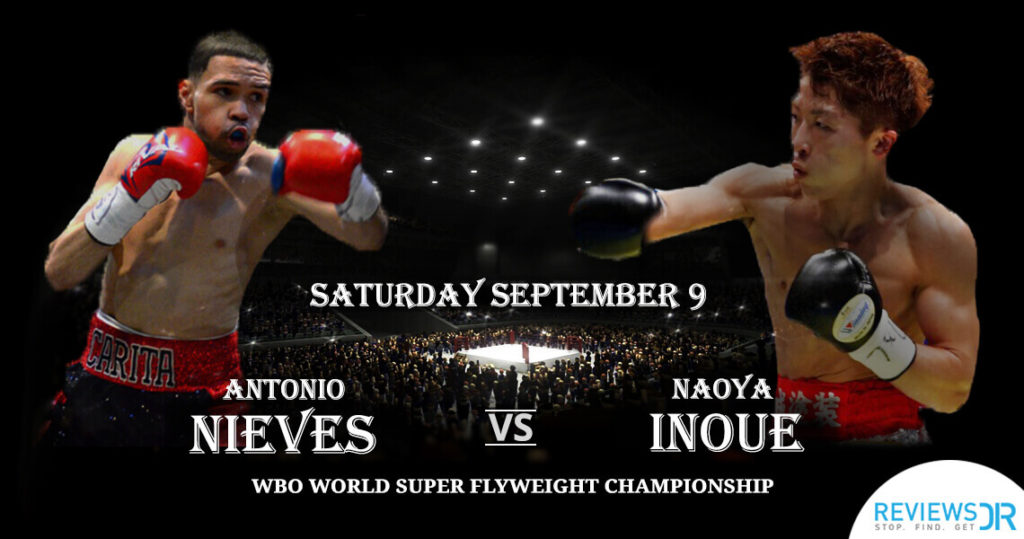 Inoue VS Nieves is an exciting WBO Super Flyweight Championship bout scheduled for September 9th, on HBO and is an undercard fight of Wangek VS Gonzalez. The undisputed Japanese Boxer, Naoya Inoue makes his American debut from this fight against the American boxer, Antonio Nieves who is ranked as the #5th best boxer by WBO.

Prior to singing this fight, Nieves wasn’t aware of his worthy opponent who’s currently undisputed and is the current WBO Super Flyweight Champion of the world. Inoue recently in an interview said that “I am going to take him (Nieves) to a place where he hasn’t been before! He’s been comfortable all his career.” Things are getting heated up between the two boxers and this fight is definitely going to be a shocker for the boxing fans.

In this streaming guide, we’ve discussed in detail on how to watch Inoue VS Nieves fight online from anywhere on HBO.

Naoya Inoue VS Antonio Nieves fight is going to be broadcast on HBO. But HBO currently only allows it’s streaming in US region. So, the boxing fans who are eager to watch Inoue VS Nieves fight live online but are residing outside of US, would be welcomed with this message on HBO:

Of course, the viewers who are residing within US would have no issues watching the fight, but what about the fans who are living outside the US? Well, the ultimate solution for the US expats or boxing fans is a VPN. Yes! With a VPN you can easily watch Inoue VS Nieves fight live online from outside of US on HBO by simply connecting to a US server. How? Simply follow the steps mentioned below:

Although Nieves has the home ground advantage, but Inoue is a better boxer and still the undefeated champion. Here’s an unofficial promo of Antonio Nieves training and preparing for the fight:

Logically speaking and keeping the records straight, Inoue is undoubtedly a better fighter with quick hands, good length and great punching power in both hands. On the other hand, Nieves is the kind of fighter who can take punches and still push forward. His head movement is great which makes it difficult for his opponent to land a clean punch. Both the fighters are unique and have a distinct fighting style which makes this fight of great interest.

All excited to watch Inoue VS Nieves fight live online on HBO outside US? Well, get a VPN and watch the complete fights happening under the Wangek VS Gonzalez card live.