How To Watch One Championship: Quest For Gold Live Online 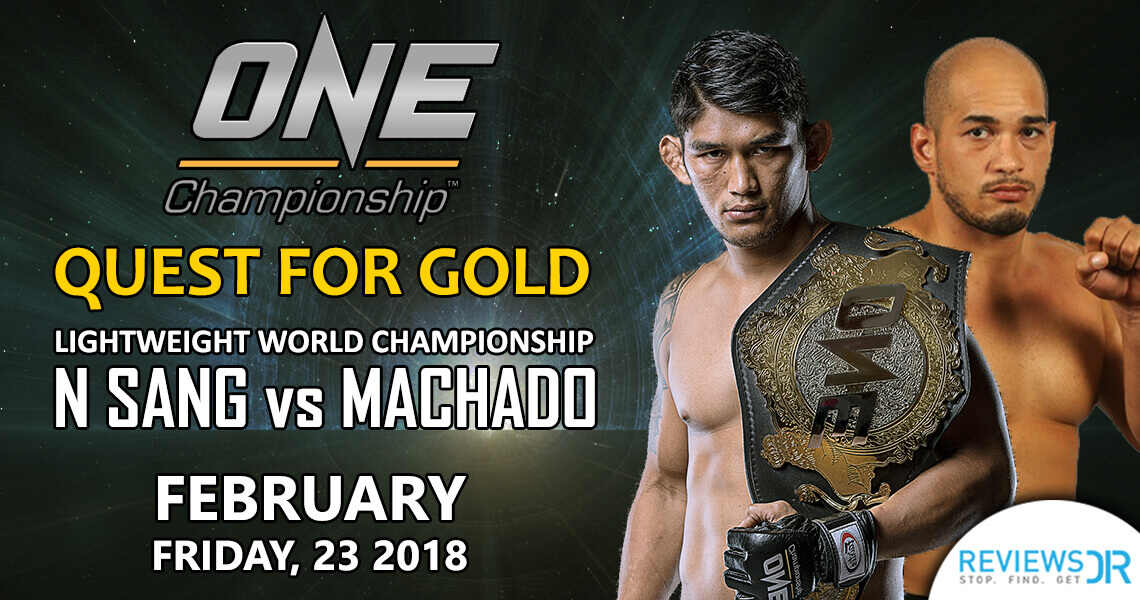 Get ready MMA Fans as the “Thunder Returns” to the ring in Yangon, Myanmar. Witness the most amazing and thunder-filled night “Quest for Gold” that is about to happen on February 23, 2018, in Thuwunna Indoor Stadium, Yangon. There will be lot more than you can expect; for starter, the headlining event will be a light heavyweight world title featuring Myanmar national hero and ONE middleweight champion, The Burmese Python – Aung La N Sang, who is going to fire the nation once again facing off Brazilian Powerhouse Alexander Machado. So, do you want to miss the live coverage of the event? If not then we have a perfect solution for you, how about watching Quest for Gold live online?

A Sneak Peak Of What Can You Expect In One Championship: Quest For Gold On February 23, 2018

Question: How Can I Watch One Championship: Quest For Gold Live Online?

If you can’t make it to Yangon, you can still watch Machado’s power punches by tuning in to One Championship: Quest For Gold Live online from anywhere in the world. But Hold On! Is One Championship not airing in your region? We have mentioned the online streaming channels for the fight later on in this article and a simple way to watch it online on your Laptop, iOS, Android, Kodi, Apple TV and other hand held mobile devices or Smart TVs from any country in the world.

Live Streaming Channels For One Championship: Quest for Gold

Below is the list of some handful of channels that lets you watch and stream Quest for Gold, but the deal-breaking point is the limited geographical presence of these channels. You will find the respective regions that are there to broadcast ONE Championship events. Go through the list carefully in case you are currently present in the following areas.

Due to broadcasting rights and licensing issues, the above-listed channels are allowed to broadcast within the defined territory. It means either to go in Myanmar and support your fighter or to watch pay-per-view live on ONE Championship’s official website – this is where the VPN steps in.

Use A VPN To Watch One FC: Quest For Gold As It Happens

Download a VPN and virtually locate yourself anywhere, without changing your physical location. Below, we have drafted a list of some popular VPNs that have fastest servers in Singapore and so many other regions.

One Championship – Quest for Gold

The Burmese Python – Aung La N Sang (21-10) recently captured the ONE middleweight crown from Vitaly Bigdash at Light of a Nation back in June. In November, his subsequent victory which he won a heavyweight title via submission with Alain Ngalani at Hero’s Dream for a second shot. Currently, he is one of the two champions that are holding two belts in ONE Championship. Whereas, Brazil’s Machado (8-2) is coming off as a heavyweight win against Ngalani in last August. Before that, he competed at light heavyweight championships.

Ev Ting – the hardest working athlete – the perfect combination of work ethics, talent, and high martial arts IQ, that take the Malaysian remarkable professional record of 14-4. The most exciting Kiwi competitor of a lightweight division is ready to squares off with Ariel Sexton ( 11-3) on Friday in Myanmar.

The Fight Card of One Championship Quest for Gold 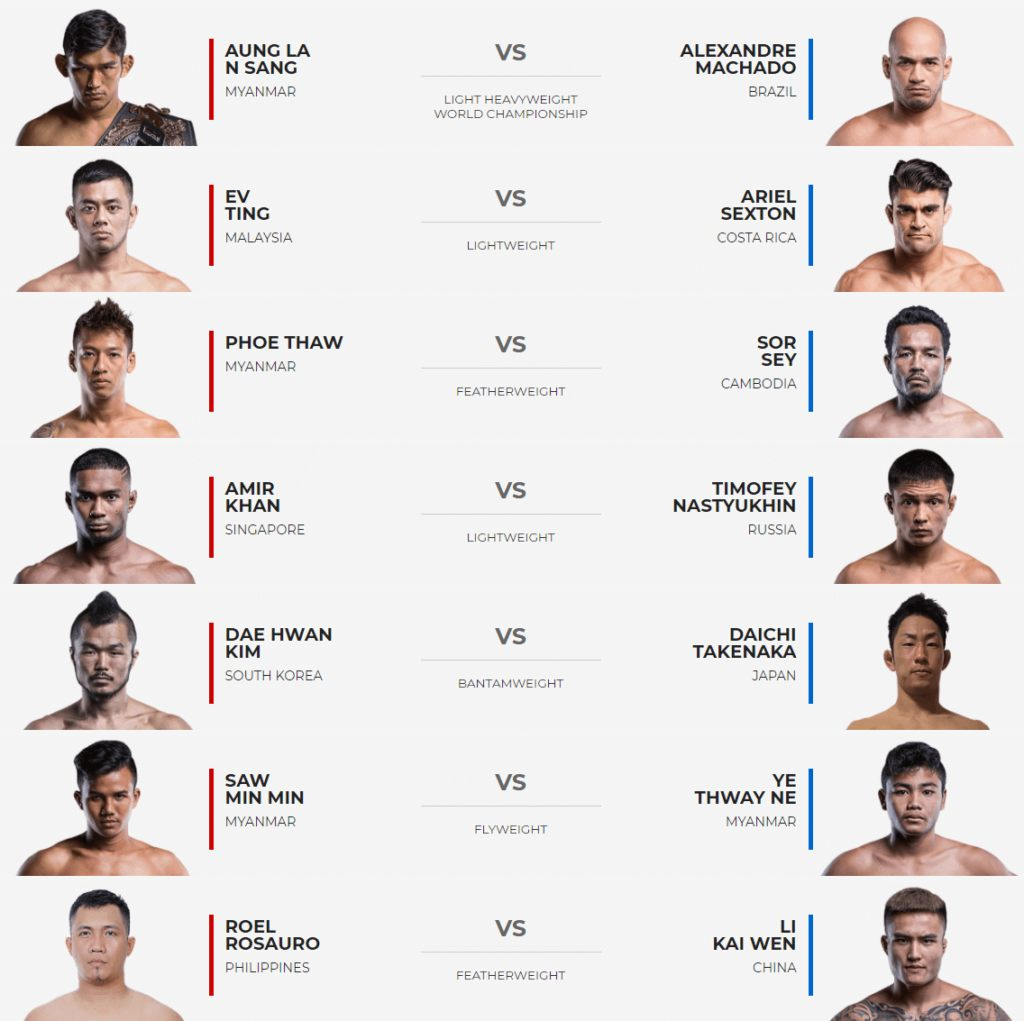