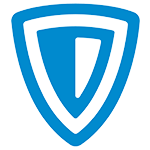 ZenMate offers an intuitive and easy-to-use interface which comes with a kill switch and P2P support. It is compatible with most of the platforms and also unblocks Netflix.

It is a German-based VPN provider which comes under 14 eyes jurisdiction. The VPN does log the original IP address and lacks in 24/7 live chat feature. We found out it was leaking the IP address.

If you seek a user-friendly, cheap and reliable VPN service, then ZenMate is a perfect choice, however, if security is your major concern then you can skip this option because of 14 eyes country existence.

ZenMate is a Berlin-based VPN provider which was established in 2012 as a free privacy extension for Chrome. Due to its immense popularity, the company got acquired by Kape Technologies, who runs a well-known VPN, CyberGhost.

The leading VPN service ZenMate which was previously owned by ZenGuard GmbH announced a change in the ownership which was as a result of the selling of its 100% shares to the Kape Technologies Plc. ZenMate has significantly broadened up its ability to deliver top-notch privacy and security solutions.

“We are extremely happy to join the Kape Family and begin collaborating with different teams to deliver the best online protection and user experience. I think that there are natural synergies between our companies which will help us grow the business as a whole in all possible areas, not limited to the VPN or to anti-malware protection”

The Kape technologies have assured that ZenMate will remain fully committed to delivering with the light of its core principles and will protect the anonymity of its users.

The service comes with a 30-day money-back guarantee and you can choose between SHA-256 authentication or 128-bit AES cipher to guarantee security and privacy.

ZenMate profoundly claims that it has 45+ million users worldwide, which tends to increase at an amazing pace.

But does ZenMate fulfill what it promises? Let’s find out in this unbiased ZenMate review.

Now, let's have a look at each feature in details:

ZenMate launched their freemium service for Chrome extension, which later was introduced for Firefox as well. In the previous free version, there were no limitations on using data bandwidth alongside four locations to connect with, including USA, Germany, Hong Kong, and Romania.

Back in 2017, Zenmate started the premium service and asking users to subscribe. By the start of 2018, the free unlimited service then transformed into free service with 2MB data limit. You can try free VPN for seven days or download Chrome extension to use the service for free but with 2MB data bandwidth limit.

Here is a comparison of the free and paid plans. 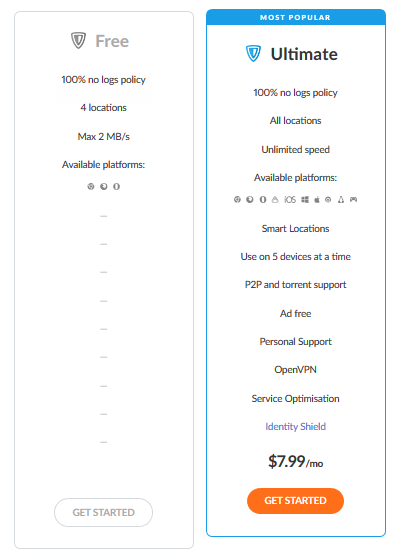 With the free version, you get TLS encryption, browser extensions, and four server locations.

The premium package comes with a full version for Mac and Windows. There are three ‘Premium Plans.’ Their monthly plan is tagged at $9.99/month, which is appreciable as what most VPNs charge or more than that and commit near nothing.

You can save more bucks with the two-year plans. With the two year subscription, you get 79% off. It cost you $49.20 for two years, which is equivalent to 2.05 per month – much lower than many VPN providers. If you analyze carefully, you can see that with just an additional one dollar, you can get two years rather than 1. 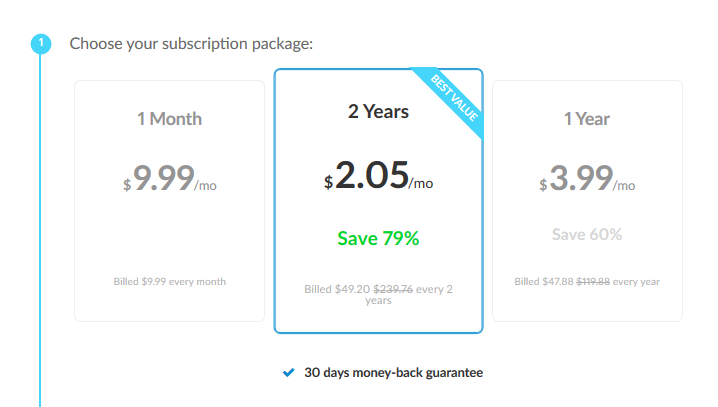 The paid plans come with 30-days money-back guarantee, which complements the performance of the product.

Are you feeling excited to buy a paid plan? Let’s head up to the payment plans and see what methods it accepts.

As far as the payment plan is considered, you have a few choices to choose from;

Their customer support is friendly and helpful. Although they do not offer live chat support, they have enough information on their website to help your way through the product.

The support tab has promoted articles which are quite explanatory and enough for a beginner to understand the ins and outs of the product.

You can also ask for help through their support team by simply filling in this form: 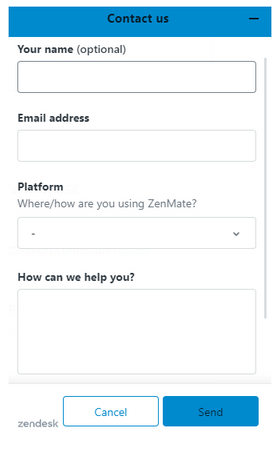 On June 26, 2019, the ZenMate VPN team announced an improved version of the product with server security and one-click connection to ensure ease of use and utmost privacy.

An overview of the newly added features;

The new ZenMate works on the following operating systems;

ZenMate is compatible with all popular platforms and has a custom client for Mac and Windows users. They also offer custom browser extension, which is available for internet browsers like Google Chrome, Mozilla Firefox, and Opera. The VPN Company also has a native app for both Android and iOS.

Netflix content is geo-locked, so people being on different locations and areas have access to various shows and movies, and when someone uses a VPN to fake his/her location, then Netflix searches out ways to block its access.

We tested ZenMate’s servers on Netflix US and had mixed feelings because only 2 out of 5 servers worked. We cannot say that ZenMate does not work with Netflix neither we can conclude that it does, well, it depends on its servers, as not all of them are compatible with Netflix.

In this Zenmate premium review, we identified that the provider is offering over 2200 servers globally at 30+ countries. These countries include;

These servers help users bypass censorship and are very helpful in countries that restrict internet use. The Germany based VPN allows up to 5 connections at a time which is pretty similar to many VPNs that we have reviewed so far.

One of my favorite features in ZenMate is Kill Switch feature, which adds a separate layer of protection when your session ends abruptly, and the connection becomes unsecured. Kill switch has been a common feature in most of the VPNs in the industry.

As per our ZenMate VPN review, this VPN provides solid support and best protocols which include;

Users have options with the encryption levels; they can either choose SHA-56 authentication or go with 128-bit AES cipher. The VPN even uses the RSA handshakes to guarantee security and privacy.

Is ZenMate VPN Safe to Use?

Since ZenMate is a provider that is based in Germany and comes under the jurisdiction of strict German laws and 14-Eyes, it might not be your first choice as a VPN. During our review, we found out that the VPN complies with a range of cyber laws which may directly interfere with the user’s privacy. Even though their privacy policy does not state, but they do keep some information about the session.

Their terms of service and privacy policy are easy to understand and state that it does not retain any personal information by default. However, it does keep some information with the consent of the user.

It is up to the users to determine if they want to trust this VPN or not we tried our best to guide you through their logging policy.

Zenmate VPN takes privacy and security seriously, and it is hard to find any dark corners. It uses the most advanced VPN protocols and encryptions to prevent the ISP’s, government and hackers snoop on anything that is being sent over the network.

How to report Vulnerability on ZenMate?

If you ever come across security vulnerability while using ZenMate, then you can report it at security@zenmate.com where the security team will analyze the details. You can not only report bugs and vulnerabilities on this email ID, but you can also send any connection related issues, incompatibility, or errors with the VPN.

This Germany-based VPN rewards people to disclose any vulnerability in its product or service. We regard this attitude at our highest and think that it is an exciting offering. It will help ZenMate to be free of errors and severe bugs. This reward system will not only give the service a lively appeal but will also attract more loyal customers.

We know that you are more than excited in identifying its flaws, but before you do, here are some exceptions of vulnerabilities.

During our ZenMate review, we poked in at almost every corner of the VPN service. ZenMate used to get a lot of heat for not allowing torrenting, but they have now wisened up a bit and now offers unlimited P2P traffic on their premium plans.

It must be noted that their terms and service limits the use of torrenting and talks about it in banned activities. It is clear that the VPN provider doesn’t encourage the download of copyrighted materials and refrains its users to do it. Here is a screenshot from their terms of service.

Since torrenting involve peer-to-peer communication, it leads to download small bits of information from a multitude of people. This can be dangerous, mainly because you are letting strangers share a file from your system.

This is why people tend to use a VPN to add an added layer of security between them and the cybercriminals who seek to loot their information from the system.

Let's check out the easy process to download ZenMate on different devices:

To download and install it on your Google Chrome all you need to do is;

Step3: Click extensions on the top right of your Chrome browser

And you are done!

Here is how you can download and install it.

Step3: Activate it on your Firefox browser

Before I started this review, I always thought, “How does ZenMate have over 43 million users and counting?” and I head into writing this review to see what it offers.

By the time I reach the end of this review, I can solemnly say that users trust what ZenMate VPN is offering and rightly so. It provides a ton of features and is compatible with almost every operating platform we know.

Their logging policy and location is what might compel you to rethink your decision. However, as far as the features and usability are concerned, it is one true reliable VPN.

If you want an alternative then we can suggest CyberGhost VPN which ranks on top our VPN table.