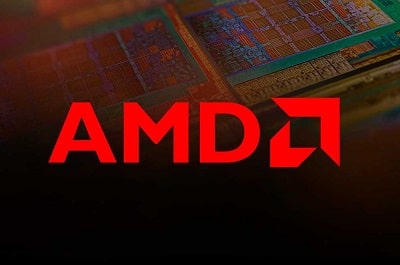 It’s expected that the gaming industry will hit over 90 billion U.S. dollars by 2020, which speaks a lot about the current gaming industry. But what good is a rig without a rock solid graphics card? We have created a robust list of best GPU’s that are tried and tested for full HD gaming having the power to provide high resolution and real-time gaming full of detail.

Having a super sonic PSU is a must and if you want to push your rig to the limits then make sure you give it ultra power supply and  6 or 8-pin connectors. Just as the 750-watt PSU for its Radeon VII

If you have an inferior screen resolution, then replace it by all means because you won’t get an inch ahead in your gaming level. The more pixels, the better you will crush the game with amazing graphics. A top-notch 1080p resolution is needed.

Let’s see the best AMD graphics card for fast gaming, shall we? 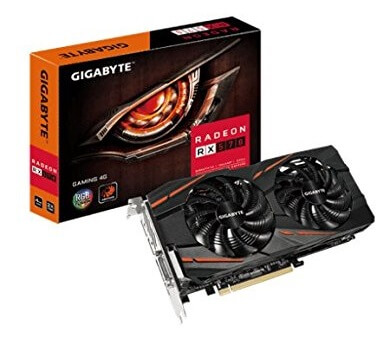 5The RX 570 is a newer version of the RX 470, and after two years, it has become a faster graphics card with higher clock speeds consuming less power. It's somewhat similar to its sibling, but it's packed with a power punch of performance. When performance is talked about, the best graphics card will run all the latest games in 100% HD at high quality.

90+fps or more can be recorded while playing the Battlefield 1 at very high system settings. It belongs to the same level as the Nvidia GeForce GTX 1060, and you get your hands on it for a mere £190. But if you can afford some more power, then go for the RX 580; will be disclosed below. 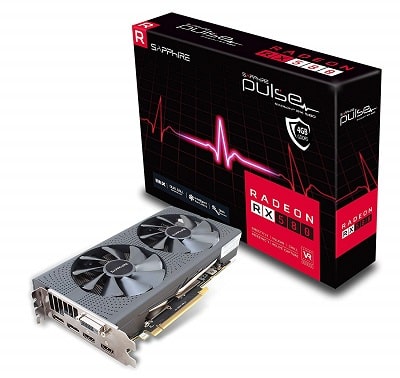 This is a slight update to the previously mentioned RX 480. Both 570 and 580 falls under the type of RX 480. Having a small budget of say under $300 will get you maximum possible HD settings which can be extended to 1440p action. Its specs are close to the RX 480 as it's built on the same GPU making it the best AMD graphics card.

There are multiple third-party GPU’s available on the market and online with different levels of overclocking and cool designs. It's close to being a power hog but its Compaq enough to be portable. The RX 580 8GB performance ratio weighs more by a small margin from the GTX 1060 6GB but with a cost of using more power. 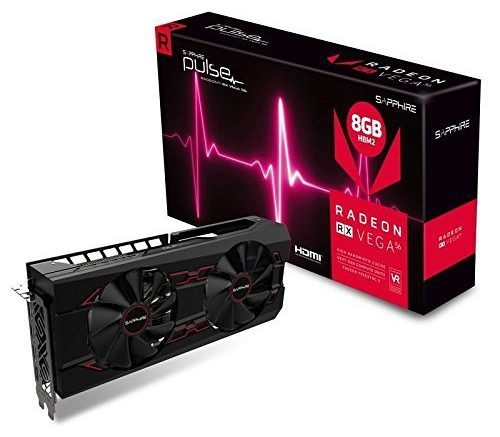 AMD graphics card for fast gaming are in big numbers but finding the right AMD video cards are a tough cookie to crack. Vega 56 is a smaller version of the AMD Vega 64 GPU which looses eight units and slight memory bandwidth. Its HBM2 memory can easily be overclocked to counter Vega 64.

Radeon Vega 56 is compatible with full work on 1080p and 1440p resolutions with smooth performance and is prepared to hit full HD under DX11. It can also, stretch to 4K resolution making it the best AMD graphics card as long as you tweak settings.

It comes with a FreeSync monitor that gives maximum smooth performance without incurring extra cost to best Nvidia graphics card adaptive sync solution and G-Sync making it the best graphics card for gaming. 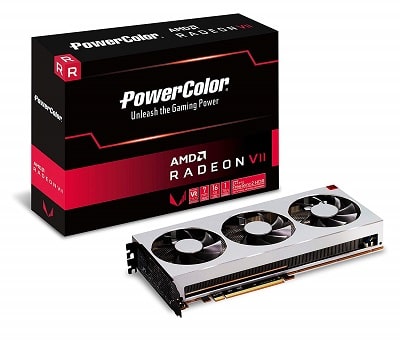 AMD Radeon 7 is the king of all AMD graphics card for fast gaming being produced by Team Red, capable and close to RTX 2080. It creates a good amount of VRAM for a consumer card and a 16GB of HBM2 memory which makes it a premium choice for 4K video editing; expecting a peak performance of 440p and 4K from the Radeon 7.

Inclusive of a DX12 or Vulkan APIs, the Radeon 7 still falls back from the top pick of RTX 2080 Ti catering to the overall performance. The AMD graphics card for gamers lacks the ray tracing and DLSS that includes an Nvidia's latest Turing series cards but yet if you are making a big rig, then Radeon 7 would do wonders for your gaming experience. 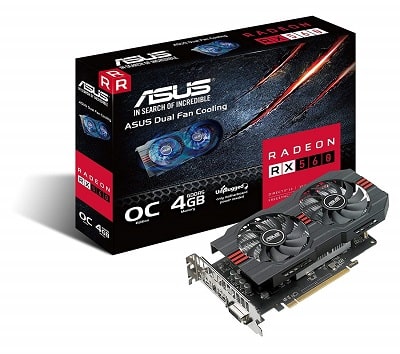 To get the best graphics card for laptop, the primary thought process revolves around AMD’s RX 560 and Nvidia's GTX 1050. With the supreme GTX 1050 2GB, the RX 560 4GB costs less than the top performer and slightly gives a proper kick while gaming; especially at mediocre quality of 1080p.

This makes the best AMD graphics card fall in the budget category, but its predecessor, the RX 570 is a faster pick. In case you are running light financially, and you can't afford the AMD graphics card for 2019, we would suggest picking the lighter mod RX 560 4GB. At full speed, it will hit 60fps at 1080p depending on the game. Then again get this best graphics card for the laptop and make your gaming reach new levels.

When it comes to gaming, graphics is a fast-changing market where the rivalry continues between AMD and Nvidia. But with AMD releasing its 7nm GPU, the stakes have gone high for Nvidia making them come second in the best AMD graphics card 2019. Besides this, gaming has become a business, and a sport where keeping up with fast performing rigs is crucial.

But make sure you get the best performing video cards because if you need high-performance levels then getting the best AMD graphics card is vital.

Go through the blog and get the best AMD graphics card for gamers to make your rig unstoppable.