Did Netflix ban all VPNs? 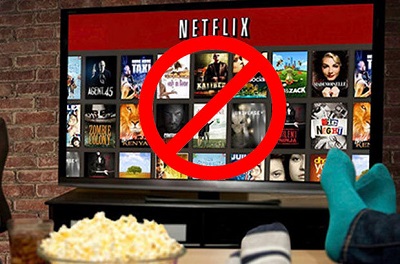 Around 100s of millions of people on the globe use Netflix to settle their craze for TV series and movies. Not many of the frequent Netflixers realize that the content in their Netflix library differs from region to region. It has always been – even though all the visitors type-in the same URL, Netflix.com, to access their accounts.

Only international travelers have noticed that some Netflix content is not allowed in certain countries of the world. For instance, the Netflix TV series like House of Cards is not accessible in European countries like Germany and Spain. Normally, the way to go about this restriction is to use a VPN, and connect to a country like the US, to watch the content.

Netflix has, however, blocked this method.

The Reason for the Netflix VPN Ban

Netflix has, in recent times, strengthened users’ limitations on the use of VPNs, leaving Netflixers in frustration. The repression was a result of demands on Netflix by copyright holders. Different countries have different costs for viewing rights. If a Netflix user makes use of a VPN to watch content that’s not allowed in the region, movie copyright holders will not make gains from the streaming.

Hence the intense pressure on Netflix.

Netflix has also involved in the content- production say ‘The Get Down’, ‘House of Cards’, ‘Orange is the New Black’, and so on. A few years back, Netflix’s clamp-down on VPNs were weak. But this time, since they’re now copyright holders of popular TV series, they’re able to view the importance of VPN restrictions from another perspective. The movie distributors have reiterated an aim to have everyone in the world to watch the content with no restrictions at all. However, if they’re making moves on this, it’s highly unlikely they’ll achieve their aim soon with a large number of copyright holders out there.

How Netflix Detects your VPN

If you use a VPN to stream Netflix, you’ll be able to just like any other user in the location you’re visiting. The problem arises when you choose a movie or TV series to play. Your screen will display an error saying, ‘Whoops, something went wrong… Stream Error.’ Netflix will then show you a notification stating that it has detected an unblocker or proxy and you’ll not be able to watch the content.

The reason you’re able to use the website and still not accessible to the desired content is that the Netflix website is still intolerant to VPNs. Its servers which host the movie or TV series content you want to watch has restrictions on VPN.

The first thing the server security looks for is shared IPs. Most VPNs give the same IP address for a location for its different users. So, there’s a huge possibility that you’re not the only one using that IP address. Once Netflix detects that a particular IP accesses several contents at the same time, it’ll block it.

There are other sophisticated ways Netflix blocks VPNs, which is not common even among techies. This has led to several VPNs being rendered useless on Netflix.

Well, there are some VPNs that are still working seamlessly on Netflix.

Is it better to watch Netflix in the App with a VPN?

Some Netflix users prefer watching their Netflix content on the Netflix app and sometimes ask if viewing on the App with VPN is better. Netflix can determine if you’re using a VPN by checking if your IP address location and DNS server correlate. Using VPN with a browser to watch Netflix will allow the VPN provider to redirect your internet data through their DNS servers.

This makes both your IP address and DNS server correlate so you don’t get the proxy error on Netflix.

Using VPN with the Netflix app on your Android or iOS device lessens your chances of watching the restricted content. This is because apps on your device can bypass DNS settings on your device and revert to the original ISP server. – means your DNS server will not match your IP address, causing the Netflix proxy error to pop up.

Several VPN providers still can’t find a way around this issue by using the App. So, try to install a VPN on the router instead of device, all the internet data coming in and going out of your home network will be encrypted. You will have to change your settings, so DNS queries can be sent to your VPN provider’s DNS servers. This way, you’ll be able to watch any content on the App.

Sometime back, Netflix was happy with all VPNs. Nowadays, users are finding it hard to use VPNs on Netflix to watch content they cannot access from their regions. This is due to several requests made by copyright holders to Netflix. Netflix is detecting most VPNs because of the use of shared IP addresses and then blocking them.

However, some VPNs are still working on Netflix and can be used at all times.