Russia’s Internet Piracy – Over 3,400 Websites Have Been Permanently Blocked 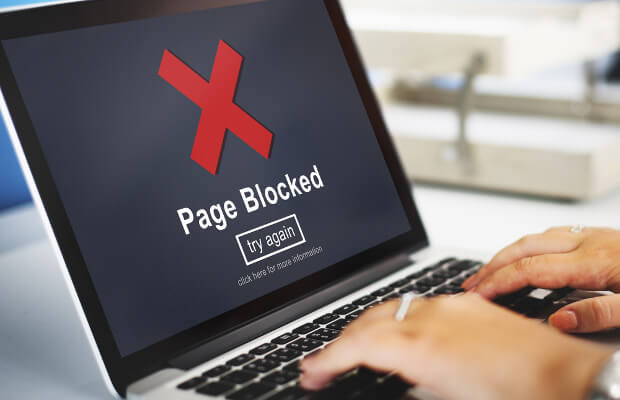 A day Russian Internet user will not like – Anti-privacy mechanism is active in the regime, and the authorities are taking the matter quite seriously. According to Roskomnadzor, local telecoms watchdog, more than 3,400 pirate resources will be permanently blocked in Russia as per the order issued by Moscow City Court or Ministry of Communications.

Russia has been in the spotlight for many years. Since 2012, the Russian government continues to strengthen its piracy policies to keep a hold on Internet piracy in the regime. Any site that is breaching the law by illegally distributing copyright content will be now added to the list of blocked websites. All the local ISPs have been advised to apply necessary changes to backlist all such sites that distribute unauthorized content.

For many years, Russia is still dealing with piracy issues that are raising the eyebrows of local and international bodies. Although the Russian government has been blocking pirated and other websites for over a decade now, the Internet piracy problem persists. The most recent hit was on Telegram, a mobile app with over 200 million active users worldwide. The restriction on Telegram in Russia happened as the company fails to grant Russian government access to encrypted messaged. Telegram is still blocked in Russia – but you can check our guide to unblock and use Telegram app from Russia.

With this effectuation of the order, any sites that offer access to unauthorized content or links to the content will be blocked. The authorities have labeled this blockage as “permanent lock.” Russian government maintains this list to add websites that are of higher risk or damaging the Internet piracy to a great extent. Notorious torrent website RuTracker was also part of this list, and since its addition, the authorities have been adding more websites on the list.

How Is This Site-Blocking Crackdown Helping the Authorities?

The crackdown resulted in an increasing number of complaints from the content rightsholders. This put a lot of pressure on Russia government, and as a result, they blocked over 3,400 websites as reported by Roskomnadzor (Federal Service for Supervision of Communications, Information Technology and Mass Media). From streaming and music sites, torrent trackers to anything in between, if any site is found to violate copyright laws, it will be added to the list of blocked websites.

The Russian government is also working with different search engines including Yandex, Mail.ru, Rambler, Sputnik, and Google – to help to remove information of all unauthorized content and sites from their database. As per Roskomnadzor, this will be an ongoing practice, and they will continue to add more sites to the list to further strengthen Internet piracy in Russia.

“During the first half of 2018, Roskomnadzor received 791 decisions of the Moscow City Court on the adoption of preliminary, provisional measures [blocking] aimed at protecting copyright and related rights of rights holders on the Internet,”

What Will Happen If You Violate Internet Piracy in Russia?

There is no such explicit statement related to consequences of the violation of the law. However, considering the seriousness of the issue, there are chances that the government will impose a fine or imprisonment to the infringers.

There are various ways you can access the geo-restricted website in the country. The old school technique is to go by proxy; however, the convenient and smart move is to use a VPN. In such an accord, we don’t promote our readers to break the law of any country. VPN can be used to protect your financial transaction and communication from one point to the other. Also, if you have the subscription of services like Netflix, Hulu, and other streaming sites – a VPN comes in real handy to browse and stream your favorite content while on the go. We have created a list of the best VPNs to use in Russia along with the study of why the use of a VPN is a must in Russia.

Roskomnadzor revealed that the authorities are working hard to block more pirate sites than ever, as the numbers continue to grow in 2018.

In a statement, they also revealed –

“During the first half of 2018, Roskomnadzor received 791 decisions of the Moscow City Court on the adoption of preliminary, provisional measures [blocking] aimed at protecting copyright and related rights of rights holders on the Internet,”

So, what’s next with Russian’s Internet Piracy? Comment below and let us know your thoughts on this.